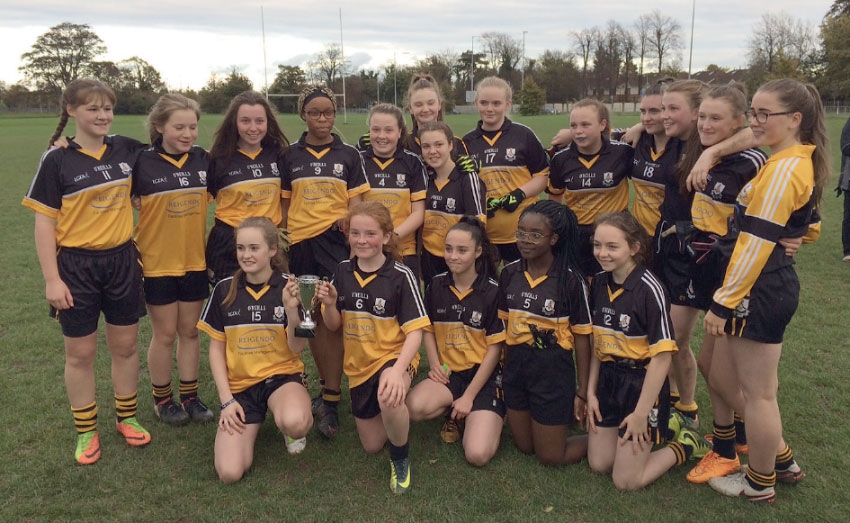 ST MARK’S came through a tough battle against Ballyboden St Enda’s in the Girls Under 14 Division Six Football Championship Final to land their first piece of silverware.

Played in Cherryfield on Sunday, the match saw just a point between the teams at the break with Aoife O’Leary and Abby Dobbins splitting the posts for Mark’s while Sarah Balance responded for Ballyboden.

It was the Firhouse side who made the better start to the second half with Alannah Hodgins rattling the net before Laura McHugh struck over.

Yet Mark’s refused to wilt and mounted a comeback that started with a goal from O’Leary before Hazel Byrne followed suit just five minutes later when she found the top corner from some 15 yards out.

Additional points from Sophie Lawless and Dobbins, together with another goal from O’Leary with ten minutes remaining served to see Mark’s over the finish line.