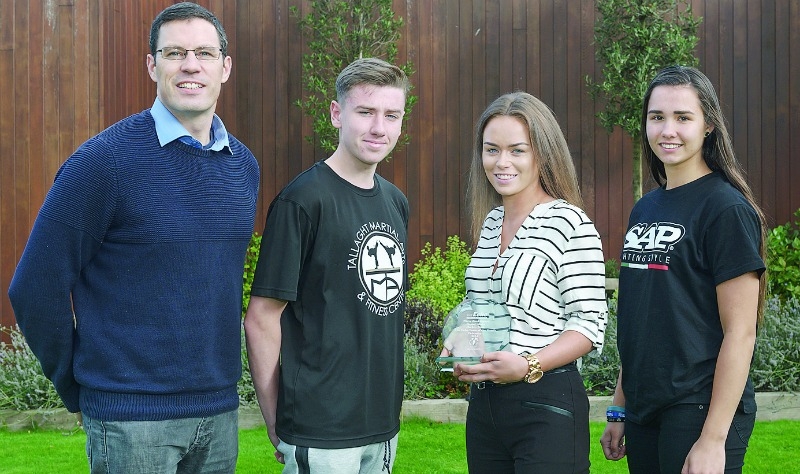 THE ECHO September Sports Star of the Month Award has been shared by Bushido MA’s Karyna Nikitina and Tallaght MA’s Troy Gannon, both of whom won gold at the WAKO World Cadet and Junior Kickboxing Championships in Citywest.

Emerging as Ireland’s only gold medallist in the points fighting field, Nikitina was making her first appearance as a junior (16-18 years old) in the championships.

In the -60kg Points Fighting divisions she despatched current Junior World and European champion from Italy Martina Rossi and Greece’s Konstantina Patri on her way to gold.

In Continuous Fighting, she carded unanimous decision wins over Hungarian and German opposition to reach the semi-finals where she suffered a broken nose.

His march to the top of the podium saw him account for Lukas Jurisic of Croatia, Hungary’s Bence Kajtar, Great Britain’s Kameron Doyle-Bains and another Hungar-ian opponent, Akos Bolfan, in the final.

In the Points Fighting section, he beat Italy’s Parisi Lorenzo, Hungary’s Roland Viczian and Callum Hollinshead of Great Britain to secure his place in the final where he lost in sudden death to Bains.