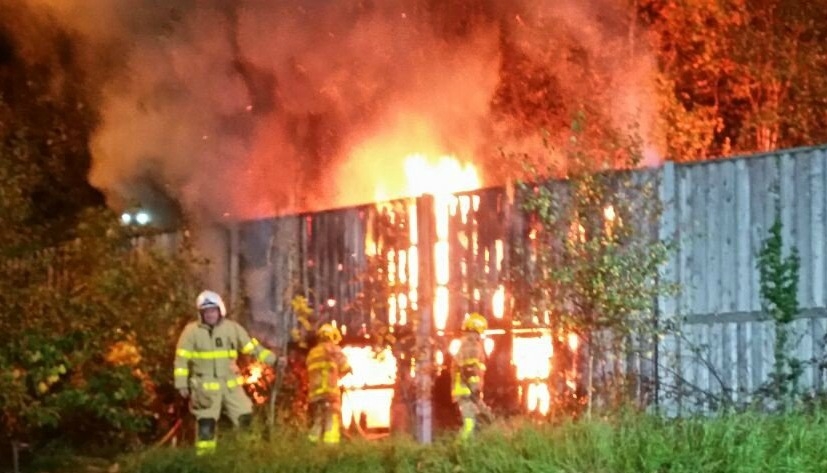 Dublin Fire Brigade have this morning made a final plea to people planning bonfires tonight to take extra care where they build them.

The call came after two lanes of the M50 had to be closed last night after a bonfire and a stockpile of material in a container was set alight in Clondalkin.

The closure of the lanes on the M50 between J9 Red Cow and J7 Lucan was caused by the large plumes of smoke covering the motorway, making driving conditions hazardous, while there was also safety concerns in relation to how close the fire was to the road.

Last night this fire beside the #M50 near Red Cow caused 2 lanes to be closed. Keep bonfires in a safe place & enjoy #Halloween16 Be safe ☺️ pic.twitter.com/KmxitIlDRk

With one of the busiest nights of the year for Dublin Fire Brigade tonight, DFB have once again urged people to enjoy the celebrations in a safe way, making sure to keep bonfires in a safe place.

Also last night, a fire truck from Tallaght Fire Station was attacked for a second time in less than a week when it was pelted with eggs.

In the first attack last Tuesday the side window was smashed when the unit was stoned with rocks, leaving the truck off the road for more than three hours.