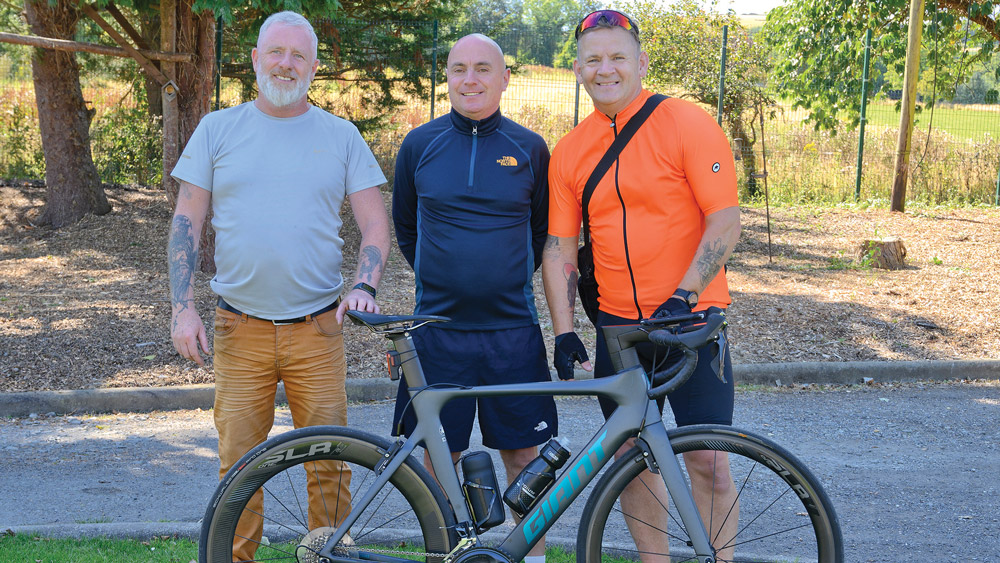 Seven-strong team wheel out the bicycles for New Hope

THE wheels are in motion for a major fundraiser for a local rehab centre this Saturday, September 3.

The event will see a team of cyclists go from the lowest point in the country to the New Hope Residential Centre in Kiltalown.

The team of seven cyclists – who will be setting off from the lowlands of North Slob in Wexford on Saturday morning for their 130km journey – are clients who have been supported by New Hope.

New Hope offers a year-long residential programme consisting of detoxes and rehabilitation for men with addiction issues, with the aim of helping people to rebuild their lives after addiction.

As New Hope – which has eight staff and 16 clients at present – is not a Section 39 charity, it doesn’t receive regular Government funding, so they’re hoping to “make up the gap” with their fundraiser.

“We’re not a Section 39 charity, so we don’t get ongoing Government support. New Hope very much depends on fundraising to make up that gap, which is tens of thousands every year.”

Demand for New Hope’s services show no sign of abating, particularly as in recent years there has been a switch from heroin being the dominant addiction being treated, to instead being cocaine.

“This fundraiser is important for us, so we can keep providing residential care for people in addiction – it’s so vital,” added Ms Doolan. “We currently have a long waiting list of people who want to come here for treatment. When I first started here ten years ago, heroin was the drug of choice, but that has utterly changed in the last two years and now it’s cocaine.

“We’re getting a lot of young lads who are addicted to cocaine, but it’s across the spectrum.

“You have some men at 23 who come here for a year of their life to get treatment.”

However, Ms Doolan praised past clients who have gone on to secure employment and return to education as a testament to the positive work being carried out in New Hope.

This will be at the forefront of the minds of the cyclists taking on the challenge, while there will be a celebratory atmosphere at New Hope with a family fun day and sponsored static cyclists on the day.

All are welcome to attend the fun day, which starts in New Hope at 2pm and will feature a barbecue, bouncy castle, and face painting, in advance of the road cyclists arriving at the centre at around 4pm.

Donations will be accepted on the day, or on the New Hope GoFundMe.