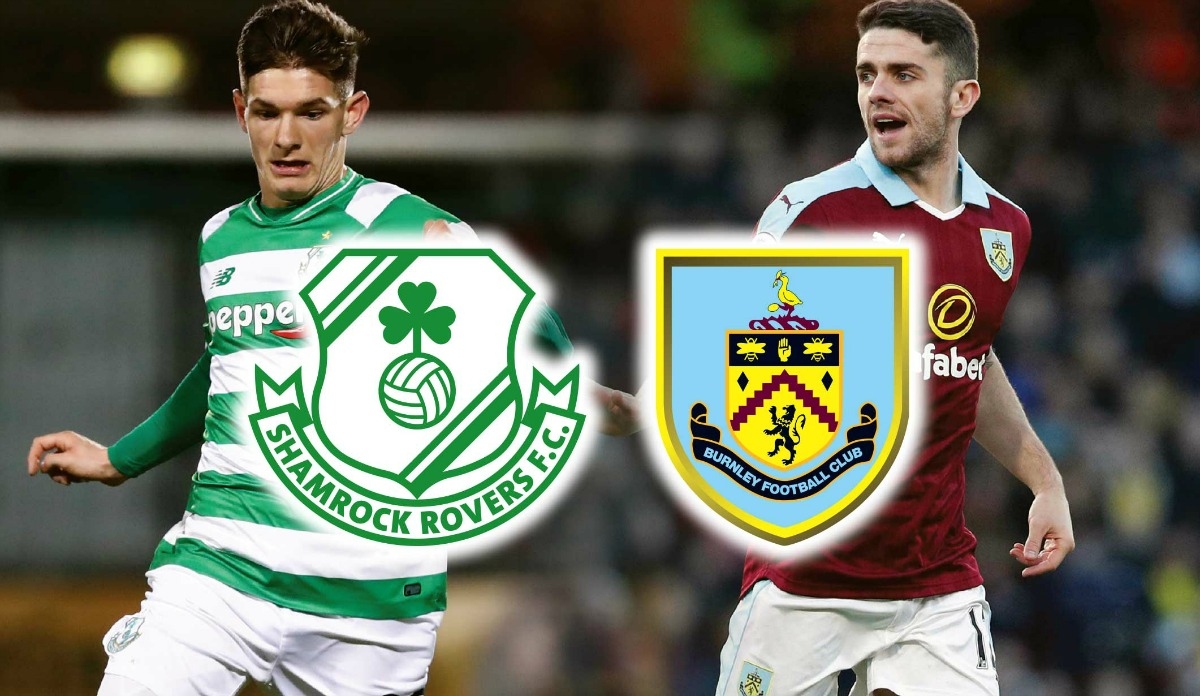 Shamrock Rovers will welcome Premier League side Burnley to Tallaght stadium in July as part of a pre-season visit to Dublin for Sean Dyche’s team.

The game will take place on July 14th, with the match kicking off at 7pm.

With Robbie Brady, Jeff Hendrick, Stephen Ward and Kevin Long all currently part of the Burnley set-up, there will be no shortage of well-known faces.

Speaking about the game, Sean Dyche said: “We’ve decided to stay just outside Dublin, which fitted in with our thinking.

“I flew out there myself to have a look and it’s a great facility, which is the key.

“It’s a bit closer to home and we’re going to link up with a game at the end of the week which is good for our fans should they want to come over.

“It’s a change from the norm. We don’t want to go too far away from our thinking here because we’ve got this new (training) facility which is fantastic.

“But pre-season is a long period and it’s good to get the lads away where everyone is together for five or six days and you get that little bit of bonding work, as well as the physical and tactical and technical work.”

Tickets are priced at €15 / €10 / €5 and are available online HERE with a special offer available for Shamrock Rovers members and season ticket holders at €10, which are available on presentation of season ticket at the club Megastore from today or on matchdays at Tallaght Stadium from next Monday’s game v Galway United.

The game will form part of a Festival of Football at Tallaght Stadium in June-July with a UEFA Europa League qualifier, an SSE Aitricity League fixture and another high profile friendly to be announced in the coming days.