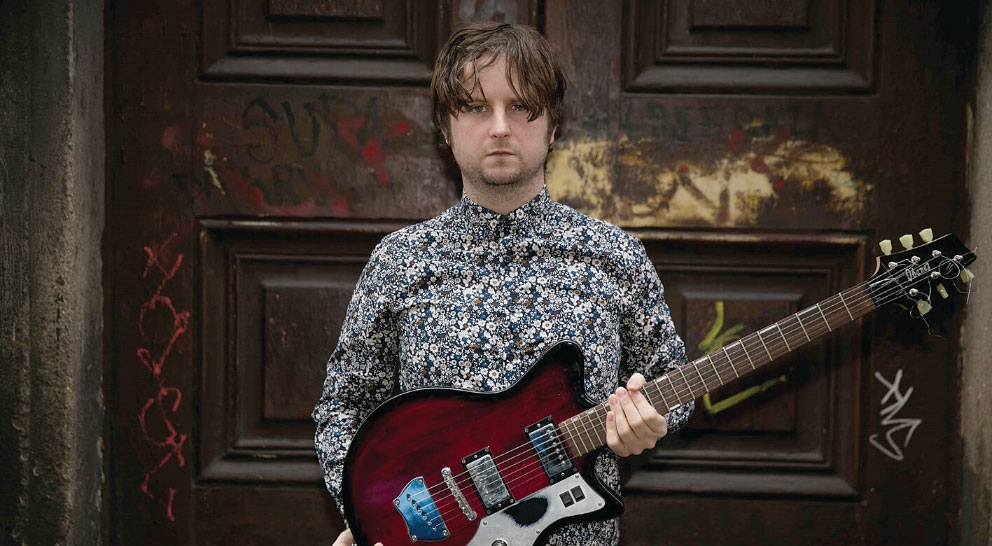 WITH four years’ worth of songs in his pocket bursting to be released into the world, Shane O’Reilly has set up a live music night in Tallaght for bands and musicians to spread their musical message.

Set up with a complete PA system and equipment, ‘Reborn’ is an opportunity for musicians to play in front of a live audience in The Brass Fox every Thursday night.

The former Bipolar Empire frontman has spent the last few years in London working construction and is now looking to get back into the music scene since returning to Ireland.

With a fresh pursuit in the music-industry on his mind, Shane flew stateside to take one more break before jumping back into it headfirst.

Upon returning from his trip, Shane caught up with The Echo to fill us in about his new single ‘Sleep’, the end of Bipolar Empire and being Reborn at The Brass Fox.

What is this music night that you’re putting together?

It’s from next Thursday (Feb 7) onwards and pretty much I just wanted to get something going in Tallaght for musicians looking to play live music.

Anybody can come and play, it’s no exclusive thing like if anybody wants to play, they can play. I just wanted to have something happening in Tallaght where original music can be heard regularly because there hasn’t really been anything in a while.

Where did you get the inspiration for ‘Reborn’?

We did it before. When Captain America’s was there next to the library, they invited us to play and it gave us a thing every week, a place to play every week.

Then other bands started getting involved and playing every week and it became a thing. There is so much talent across the county, so I wanted to have something there again for people to know that music will be consistently played there.

Why The Brass Fox?

The place is nice. The vibe is nice. It has that pub vibe. Like it’s all new and modern but it almost has this old feeling, like a traditional pub. I was talking to them and we thought it would be a good idea to have something there and it just suited.

What can people expect from the night?

Is there a certain type of music that ‘Reborn’ will be tailored to?

I have done open-mic nights before in London, there was one fella who was a classical player with a cello, there was rappers and there was these German’s who strictly just sang Queen songs.

Like if somebody plays the trumpet, come along but of course you have to be able to play. I’d never stop someone playing, if you want to have a go just come along.

It’s a good opportunity for musicians to play with each other, there is no pressure, everything is set up, just contact me if you want to play.

It’s been almost three years since you released your single ‘Driving in the Renaissance’, can people expect new music soon?

The thing with ‘Driving in the Renaissance’ was I did release it but I put in absolutely no effort promoting it. I’ve done loads of writing over the last four years. I have a single that I’ve recorded and video for it as well.

I record the single with Gavin Glass in his studio and Anthony White directed the video. London is so different, when I was working construction last year it was so hard to find the time, don’t get me wrong I really enjoyed it but now it’s time to focus on my music again.

We actually recorded ‘Sleep’ last May and Gavin produced it, he played the Hammond organ, some guitar and the quality of the song – it’s so clean.

I’m very self-critical about my music but I’m really happy with how ‘Sleep’ turned out now. I don’t really know what’s next, I’m open to anything, maybe build a band but for now I’m just going to be playing music in The Brass Fox.

As I’ve said I’ve been writing songs for four years and I’ve had nowhere to play them. Now I have a regular place to go to and play music, Dave Smyth on keyboard will be with me – so it should be good.

Yeah, see we never actually officially broke up. We just drifted apart and are doing different things for now.

Bipolar Empire released an album, you then went on a hiatus, released a second album and split up – what happened in the end?

The second album thing, we had all this stuff that we had been playing through the years and we just decided to release it as an album. For awhile we had been going in different directions I guess you could say.

But the lads are doing well, Mark and Joe are always together and Callum is doing great with Wild Youth. But we could tell, when we came back together for Tallafest, we knew that was it.

We got to a point where we were so well rehearsed and, in the end, we wanted to do different things, I wanted to do my own thing. When you’re in a band you can’t just write something and play it, you have to run it by the lads but now I’m able to write my own stuff and do my own thing.

Have you got any other singles you’re planning on releasing?

If you’re interested in seeing live-music on Thursday nights for free, check out ‘Reborn’ in the Brass Fox from 9pm to 12pm. Musicians can email: shaneoreillymusic [at] gmail [dot] com