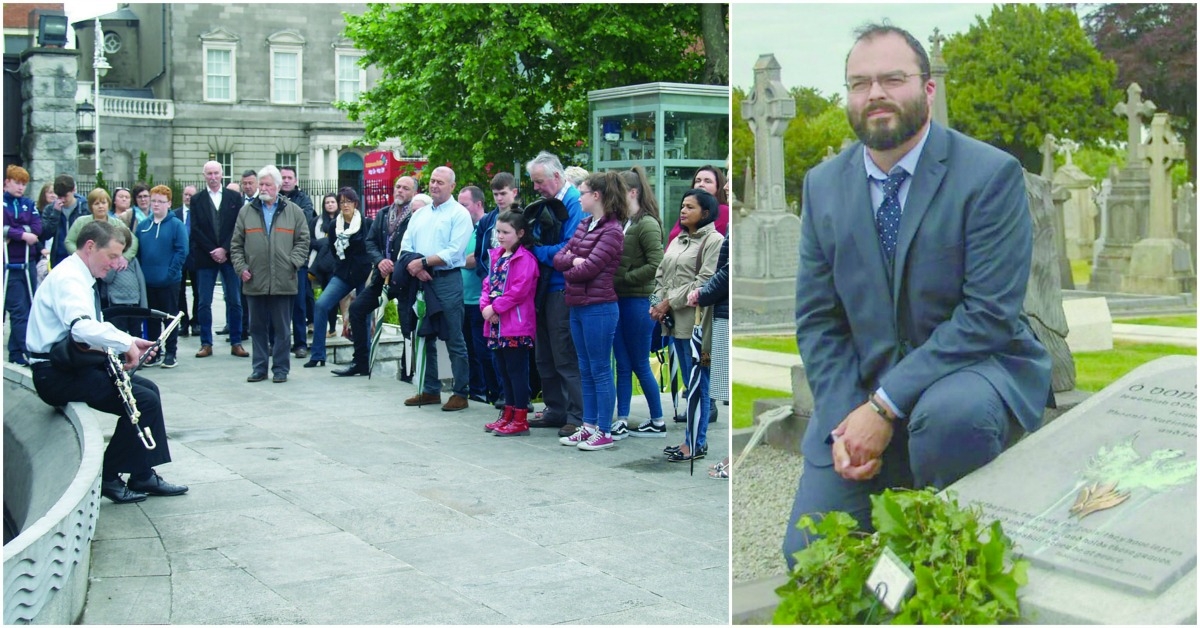 TALLAGHT historian and well-known author Shane Kenna, who sadly passed away from cancer in February, was remembered at a special event in aid of Our Lady’s Hospice in Harold’s Cross recently.

Last Saturday, June 10, Shane and his work was celebrated at an memorial event which started at the Garden of Remembrance, where Tallaght piper Eamon Walsh played three slow airs, followed by a reading of the 1916 Proclamation.

Those gathered then walked to the Teachers’ Club where the first to speak was historian Paul O’ Brien who read extracts from Dr Kenna’s book, Resistance – Rebellion the Fenian Movement 1858-1869.

Historian and author Micheál O’ Diobhallín also read out a piece written by Dr Kenna for the commemoration of Thomas Clarke, one of the signatories of the Proclamation.

The event’s organiser Gerry Shannon, who was a close friend of the Tallaght historian, also spoke on the day and read extracts from another of Dr Kenna’s published works, The Invincibles and the Pheonix Park Assassinations.

Seán McGuinness of the Dublin City Ramblers, who is a personal friend of the Kenna family, then took to the stage to sing some ballads, during which he dedicated the song The Parting Glass to the late historian.

Video clips of Dr Kenna, which was curated by the filmmaker Williams Cole, was also shown.

The Kenna family have invited any friends of Shane’s who couldn’t make it on the day to make a donation to the hospice in Harold’s Cross in his memory.