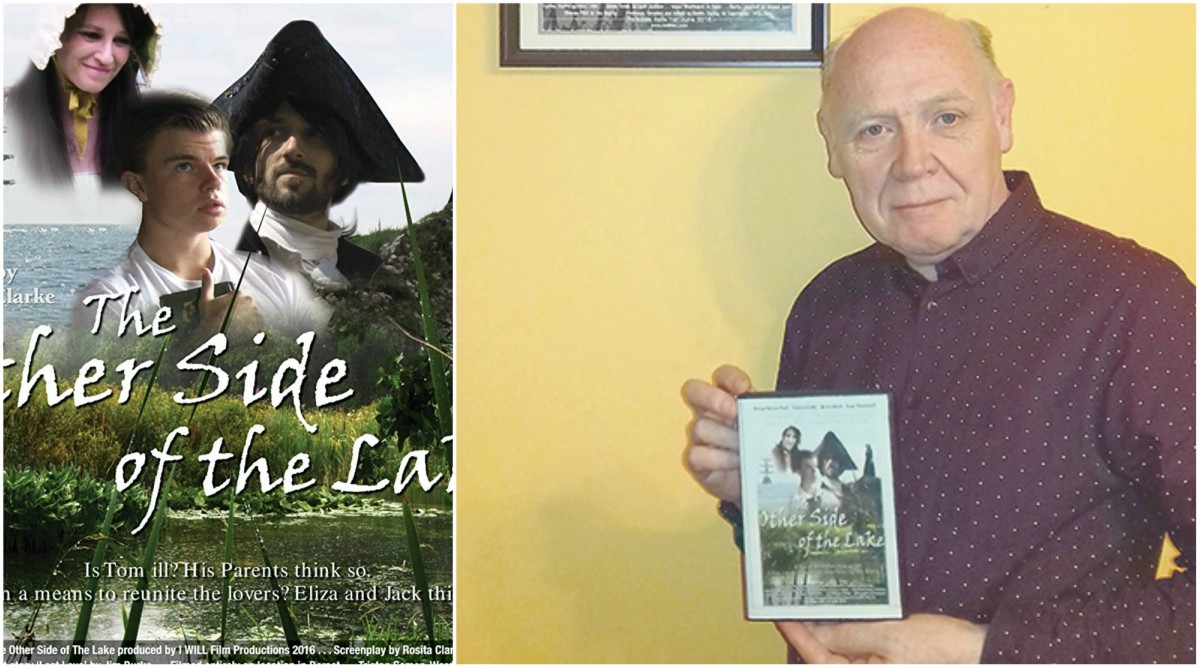 Jim wrote Lost Love in 1999, a short story which is both a love story and a ghost story and is set in Ireland at the very end of the 18th century and in the present day.

Originally from Ballyfermot, Jim moved to Tallaght before settling in Lucan some years ago.

Jim told The Echo: “I sent it to a number of different magazines and publishers, but for some reason nobody was that interested in publishing it. They said it wasn’t what they were looking for or it didn’t fit into the criteria they had in mind.”

In the meantime, Jim had joined forums on the internet movie database www.imdb.com where he discussed his work with other writers and filmmakers. English filmmaker Rosita Clarke read Lost Love and she liked what she read. She decided to transfer the story to Dorset with its coves, beaches and history of smuggling.

Jim said: “I showed the story to Rosita. She loved it. She changed the setting to Dorset and renamed it The Other Side of the Lake. The result is that we did a film in Dorset.”

The synopsis of the story is that over two centuries ago, a young smuggler is in love with a woman who lives alone in her dead father’s house. In the present day a 15-year-old boy arrives with his parents at the house, now a renovated holiday let, for a much-needed break. For the boy his love of history and rampant imagination leads him into a bewildering and painful journey to re-unite the lovers from the past. The 18th and 21st centuries collide in this ghostly story of enduring love and adolescent angst.

The Other Side of the Lake has already won Rosita “Best Director” at the Ladies First Film Festival in Cork and is being shown at a number of film festivals in the UK.

Jim also starred in the film, playing Joshua Carter, a shopkeeper and smuggler. He told The Echo: “We have entered the film into a number of competitions and festivals. Ultimately we would love to have it screened on tv.”

For now Jim is back writing short stories. He told The Echo: “I have a number of projects on the go at the moment, some short stories and scripts.”