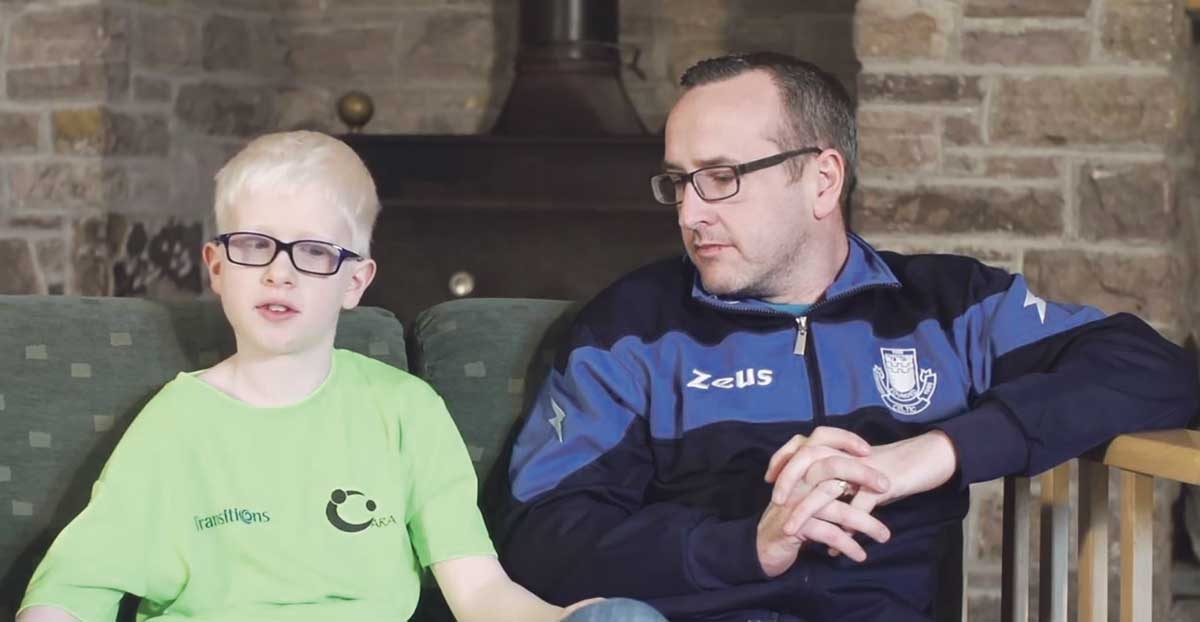 A Tallaght dad took on the Dublin City Marathon last Sunday to fundraise for a sports and recreation camp for children with vision impairments – which has given his son the confidence to follow his dreams.

Living in Jobstown, Robbie Darcy’s 11-year-old son Aaron, who is a student of Scoil Cnoc Mhuire, has albinism and is legally blind.

Speaking with The Echo, Robbie said: “Camp Abilities is amazing, it shows children with vision impairment that they can do what everybody else can do and that there’s nothing stopping them.

“It gives children the confidence to join local clubs and teaches them that their eyesight does not restrict what they can do in their communities.”

He added: “We were a bit nervous when Aaron went to the camp two years ago – it was his first time away from home.

“However, he came home like a different child. He had come out of his shell, was more outgoing, independent and confident.

“He also learned new life skills that will benefit him throughout his whole life.”

Aaron has been to the camp for two years running now and has since joined Jobstown Celtic’s under-11s team.

“I couldn’t believe it when Aaron asked me if he could join a local soccer club,” Robbie told The Echo.

“I was delighted for him and we went up to Jobstown Celtic.

“I ended up landing myself a coaching job as well and have introduced some small changes to the under-11s team that make it more inclusive for children with vision impairments.

“These changes don’t make any difference to the other children, but for kids with vision impairment, they make all the difference.

“Some of the small changes include bigger cones, brighter bibs and a brighter ball.”

Robbie who undertook CARA’s inclusion course has encouraged other coaches to do the training.

He said: “Camp Abilities has made a huge difference to Aaron, I’ve seen its benefits first hand.

“I wanted to give something back and ran the Dublin Marathon this year and last [year] to help raise funds.