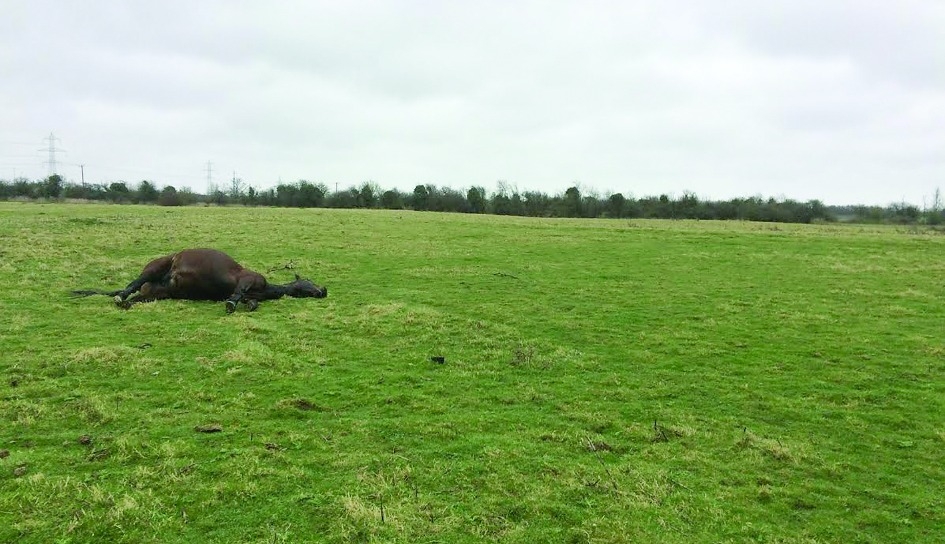 JOYRIDERS attempted to intimidate animal volunteers who were trying to tend to a neglected horse in Fonthill recently.

Members of My Lovely Horse Rescue went to what is known locally as the ‘Killing Fields’ in Fonthill, where sadistic animal abuse has been going on for years.

The volunteers said three cars tried to force them to leave, speeding closely past the group as they tended to a sick animal.
A spokesperson for MLHR said the volunteers were left “very shaken” with their ordeal.

“We worry about the horses in the fields – there has been instances where quad bikes have deliberately driven into horses in the past,” said a spokesperson.

Volunteers battle bravely in the Blagaddy/Fonthill area to treat abused animals, but the depravity pit seems endless, and not-for-profit groups like MLHR are constantly footing the bill to treat wounded animals.

During another recent horse rescue in Balgaddy, the group said they were “heartbroken going into the same areas, and having to deal with pure neglect and cruelty.”

“We are sick and tired of people that can’t afford to keep these beautiful forgiving animals. The bottom line is that they just shouldn’t have them if they can’t afford veterinary treatment when they get sick.”

Each week, MLHR members finish their day jobs and go straight into volunteer work – effectively an unpaid and distressing job.