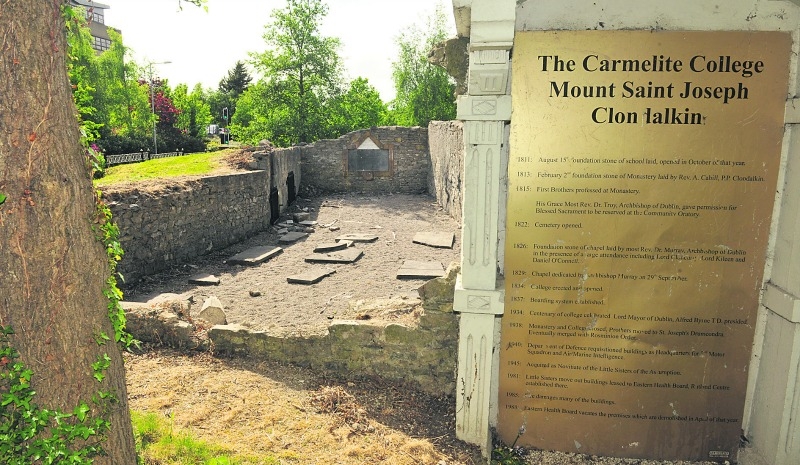 The destruction of the protected structure has led to calls for residents to band together to keep the site safe from further attacks.

The Monastery Road graveyard was at risk from neglect and vandalism, but CTT volunteers refurbished and maintained the site.

The group have asked people to contact gardai if they know who is responsible for this “mindless destruction.”

In a statement, CTT said: “We thank Kelland Homes for their support on trying to secure this site, but we now need the support of the whole community in identifying the so-called ‘artist’ and vandals and reporting them to gardai.

“It is also up to individuals, locals and our community who care about our heritage to help us protect it.”

Cllr Timmons said: “I strongly condemn the mindless vandalism to St Joseph’s graveyard. Sadly, my motion last December was ignored when I asked that Kelland Homes be made to put a higher wall around this historical site.

“Mount Saint Joseph’s Cemetery is now a protected structure under the county development plan and I don’t feel SDCC is doing enough to protect it.”

People in the community blasted the vandalism as “disgusting” with one resident saying there was evidence that new gates erected by Kelland Homes were also damaged.