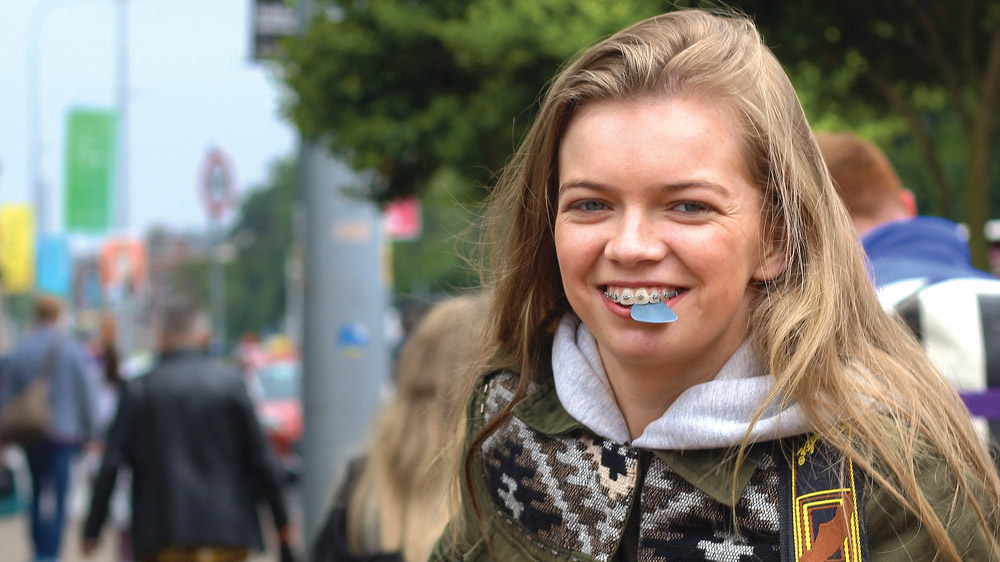 Zoe Clarke first picked up a guitar at the age of five and has been developing her skills as a musician ever since.

The talented singer-songwriter regularly busked on Grafton Street from 2018 until the pandemic hit, at which point she began live-streaming performances on social media.

The 20-year-old Clondalkin native performs genre-spanning covers, where she puts her own spin on established artists’ songs, along with her own affecting songs.

Zoe, who is a past pupil of Collinstown Park Community College and grew up in Neilstown and Rowlagh, recently returned to the live stage with a sold-out headline show in Whelan’s.

Having also returned to busking in Grafton Street, Zoe told The Echo about what she enjoys about busking, how it compares to performing in music venues, and she shared her dream of collaborating with Ed Sheeran in the future.

When did you first perform as a busker, and can you remember how you felt during the performance?

I started busking back in November of 2018. I’ll never forget how nervous I was driving into the city centre that day, and how quickly the nerves left me when I started singing.

What is it about busking that you find so rewarding?

The most rewarding thing about busking, to me, is that I get to do what I love most. I love when people stop to watch me.

As well as that, I love the busking community. I’ve made some great friends over the years.

In recent years you’ve also played in venues such as Whelan’s, how does that compare to busking on Grafton Street?

For me, busking is a lot more chilled compared to playing in venues.

When performing in venues such as Whelan’s, people are paying to see you, so you have to put everything into your performance. I always feel so overwhelmed coming off stage. 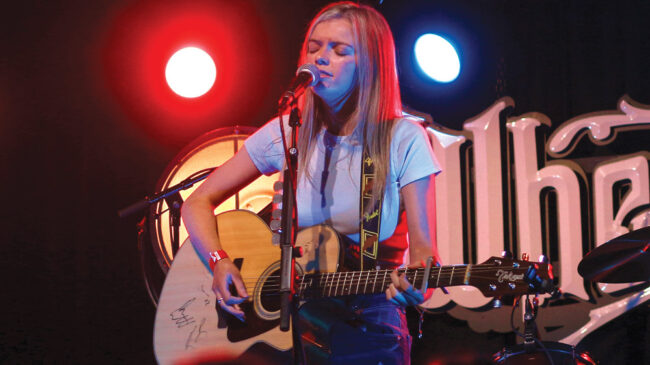 You perform covers of songs by a wide variety of artists, what do you enjoy most about performing covers?

I love taking songs from all different genres and putting my own twist on them.

You’ve also written some of your own songs. How does performing your self-penned songs compare to performing covers?

When performing my own songs, it can be quite nerve-wracking. I’m singing about my deepest thoughts and feelings, but it’s also very exciting.

I get a burst of pride when I hear people singing my lyrics back to me. I think it’s so cool how so many people relate to my music.

Since watching Ed Sheeran play in Whelan’s back in 2015, I’ve always dreamt of doing the same.

Now that I’ve played there, I’d love to play in the Olympia Theatre someday.

There are so many different artists I’d love to collaborate with. Growing up, Ed Sheeran was one of my biggest influences, so I’d have to say that he is my dream collaborator.

I’d also love to collaborate with Niall Horan. I love his songwriting.

What plans do you have in the pipeline in the coming months?

I’ve got so many plans for the rest of the year. I’m hoping to release a couple more singles and play another headline show by the end of the year.

Where can people go to find out more about your music?

As well as that you can listen to my original music on all streaming platforms such as Spotify and iTunes.