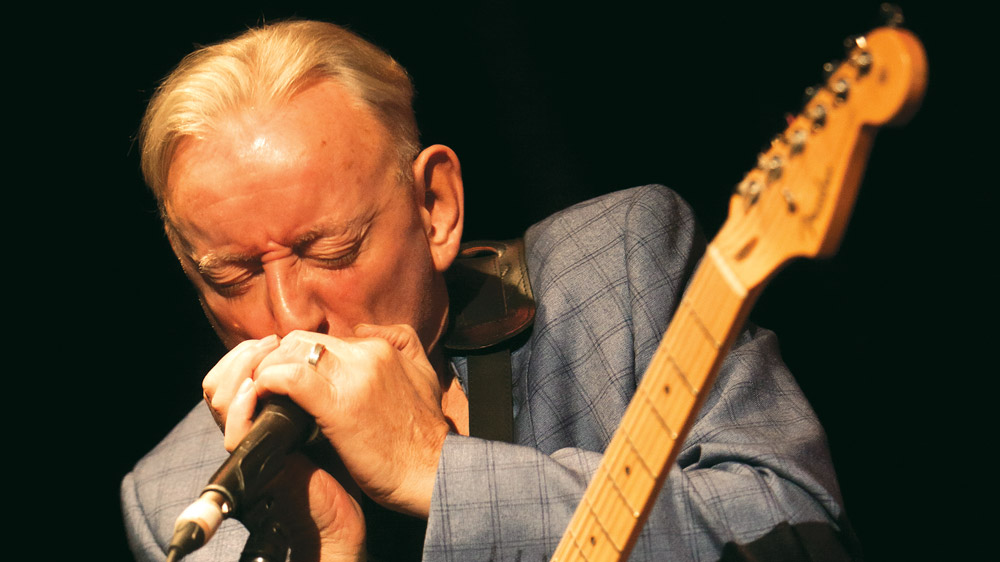 Don Baker will return to the stage on June 24

Blues Man Tour: Don Baker who is 55 years touring returns to The Civic

After two years off the road Don Baker is returning to The Civic with his new ‘Blues Man Tour’, reports Lauren Castleman.

The tour will feature stories of his life, which are worth telling for him and he’s thrilled to be back again on stage as performing is his “reason of living”.

His songs always have a story to tell, as he tries to connect with people. He also does this through chatting and having a laugh with his audiences, while recording.

With his songs he hopes to show that there’s more to life and that it is important to share this with the people you love.

On June 24, Don Baker will return to the Civic in Tallaght, here he tells The Echo about his love of touring and why The Civic is one of his favourite places to perform.

After two years you’re back touring your ‘Blues Man Tour’. How do you feel about being back on the road?

I have been on the road since March this year and it has been great to be back performing and meeting people again. Due to Covid-19 I couldn’t perform or socialise, which was unhealthy, and now I can again. I can have a chat again and that is healthy.

What does it mean to you to be able to tour again?

I am 55 years touring, it’s my life and my reason for living. For someone my age it’s great to be fit and healthy.

I’m 72 and I’m still playing. I’ve been doing it since I’m so young and I just love it.

I can’t really explain it. I love playing live, because it isn’t like listening on the radio, it’s more fun.

You can have a chat, have a few laughs, it’s more intimate. It’s connecting with people and it’s good for me. It’s good for them as well. 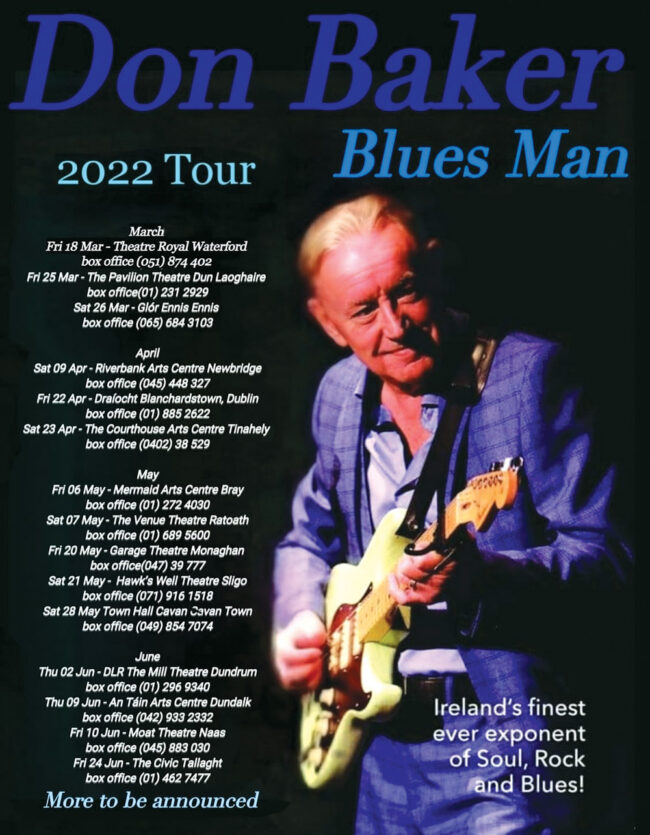 ‘Blues Man Tour’ will feature stories of your life. Why do you feel it is important to tell those stories?

I try to relate the songs, performance and chat so that the audience and I bond together.

A lot of my stories are autobiographical, most of the songs have a story there’s a reason why I wrote them. One of my songs ‘Alabama Blues’ is a story about a black priest in Alabama, America.

I’m not telling you that story, because it would take too long, but I write songs with stories that speak to people.

What message do you hope to share with those stories?

Hopefully, real life experiences which audiences can understand and relate to all of it. Life we’re living is spiritual, the only thing that is real is love.

What is the truth? What is your truth, not mine, but yours? Love is truth. Spirituality is important in this.

Spirituality tells you what to think, while religion is only telling you to think.

Which part of the tour are you looking forward to most?

Every part of it, especially The Civic Theatre on 24th June. I like playing everwhere, but the Civic and I have a history.

I’ve been playing there for god knows how long and it’s one of my favourite places to perform, as I love the theatre and the people.