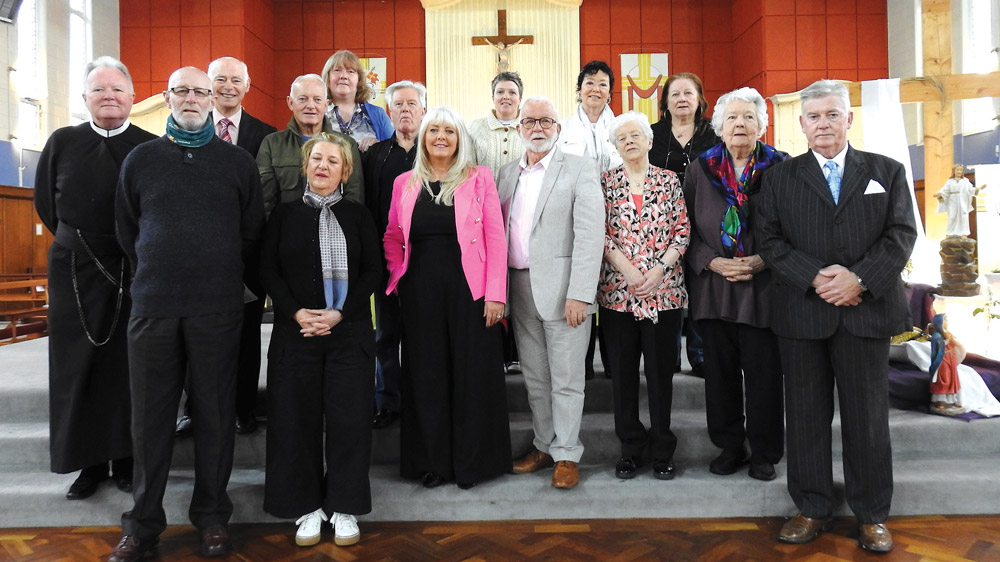 Singing loud and singing proud for the Ballyfermot choir documentary

THE premiere of a documentary about hundreds of Ballyfermot people in a church choir took place this week, at Ballyfermot Library.

The documentary – Choir of the Church of Our Lady of the Assumption, Ballyfermot – 1950 to 2022 – took over 12 months to make and was produced by Sean Brennan on behalf of The Ballyfermot Heritage Group.

The documentary goes from the early days of the choir, founded by Vincent Turley in the mid 1950s, up to the present-day choir under the baton of Musical Director Rosanna Caulfield.

“The idea of the documentary was to celebrate the hundreds of members from Ballyfermot who passed through the choir. Susanne Plummer from Ballyfermot Heritage interviewed past and present members and the current choir showcased their vast repertoire,” said Sean.

“The premier took place in Ballyfermot Library on Thursday, June 16 to a packed crowd. It was attended by Parish Priest Fr Adrian Egan, Fr Seamus Devitt and Ballyfermot man Fr Tommy Taffee, who was interviewed in the documentary.” 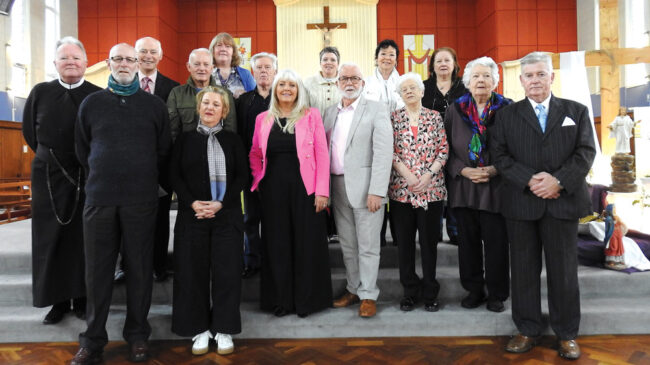 The night kicked off with refreshments and a chance for everyone to chat and for past choir members to catch up, followed by the premiere.

The night ended in style, with choir member Matt Dodd leading the current ensemble in ‘You Raise me up’.

This was followed by a singsong of favorite tunes, including, ‘Black Hills of Dakota’, ‘It’s a long way to Tipperary’, ‘Pack up your troubles’, ‘I have a dream’ and ‘Que Sera Sera’ with the current choir joined by past members and Mr Turley’s Family.

It was then rounded off with a rousing rendition of ‘The Holy City’ lead by soloist Jim O’Connell.

The Ballyfermot Heritage Group would like to thank Ballyfermot Library, Larry Massey’s for the beautiful flowers, members of the choir for their memories, Sean Brennan, Susanne Plummer and Tara Brennan.