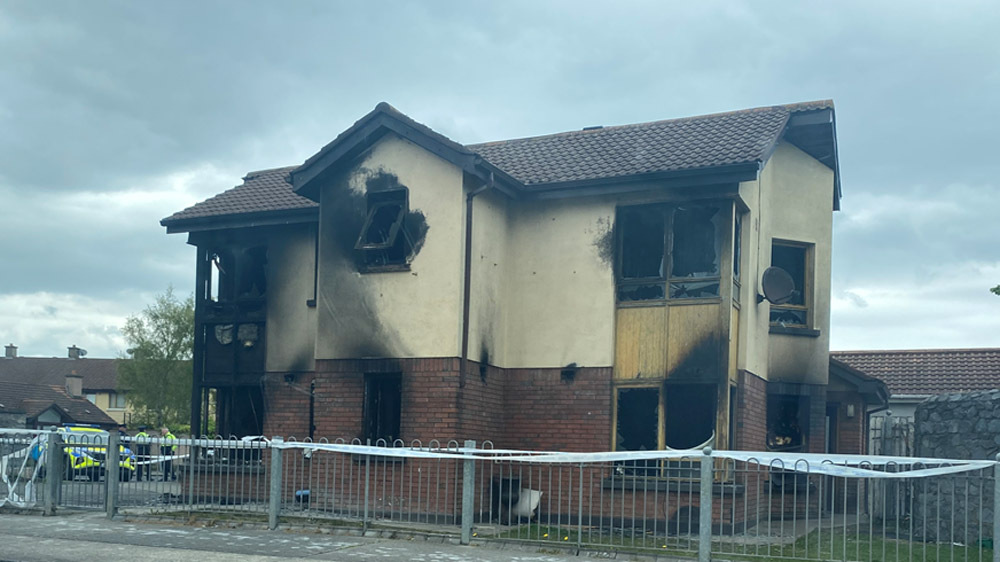 Six people taken to hospital after house fire in Tallaght

SIX people were taken to Tallaght University Hospital including two men who remain in a serious condition following a large fire at a house in Glenshane Lawns in Tallaght in the early hours of this morning.

Gardaí in Tallaght attended the scene of the house fire at around 4am on Saturday morning, April 23.

A total of seven people were out of the house when emergency services arrived, and six people were taken to Tallaght University Hospital for treatment, including two men aged 46 and 20, who are in a serious condition.

Dublin Fire Brigade brought the fire under control which caused extensive damage to the property.  Investigations are ongoing.

In a statement to The Echo this morning, a garda spokesperson said: “Gardaí in Tallaght are investigating all the circumstances in relation to a fire at a house on Glenshane Lawns, Tallaght, Dublin 24 in the early hours of this morning Saturday 23rd April, 2022.

“At approximately 4a.m. Gardaí in Tallaght attended the scene, and all seven persons were out of the house. Six persons were removed to Tallaght University Hospital for treatment and two males (46 years & 20 years) are in a serious condition.”