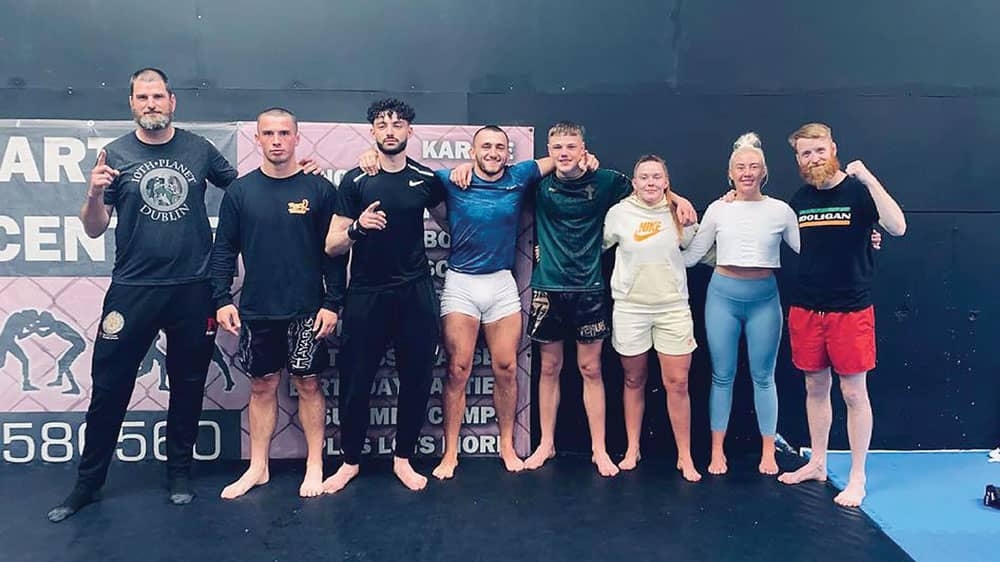 NO LESS than six members of Straight Blast Gym Dublin 24 have been picked for the Irish team that is set to travel to the IMMAF European Open Championships and World Cup over the next few months.

Based on technical abilities which were demonstrated at Elite Irish International Team selection trials in Belfast and Cork, SBG D24 will be represented by three junior and three senior competitors.

Six members of Straight Blast Gym Dublin 24 have been picked for the Irish team that is set to travel to the IMMAF European Open Championships and World Cup over the next few months.

Shauna Bannon, Adam McEnroe and Josh Green will all be competing in the Senior bracket meanwhile Sarah Carney, Liam Hand and Youcef Oukacine will be hoping to make their mark in the Juniors.

“The last time there was an Irish team, we had two competitors on it,” coach Paddy Holohan told The Echo.

“We had over 100 people out at the trials that were seeded together and out of that, [SBG D24] got three Number One seeds.

“Shauna Bannon took the Number One Senior seed and Sarah Carney is Number One seeded in the Bantamweight division.”

IMMAF World silver medallist Bannon has a busy calendar ahead of her, with the European Championships in August falling right in the thick of it.

The Springfield native is set to compete in the Senior Bantamweight division and will be hoping to make a march to the final.

In the meantime, Bannon is set to fight Charlie Burke on July 24 before taking part in the Féile an Phobail festival in Falls Park, Belfast.

Meanwhile Rossfield’s Sarah Carney is ramping up her preparations to make her IMMAF debut in the Junior Bantamweight division.

At the age of just 20, she is already a coach in SBG D24 having impressed greatly during her time with the club.

A lot of eyes will be drawn to welterweight competitor Josh Greene, who recorded a seven-second TKO in his last fight against Kyle Paton at Clan Wars 38.

“The sport continues to grow and it’s after becoming an all-island sport,” Holohan continued.

“The Northern Irish team and Irish team have merged into the one, which is quite a historic step for sports in the country.

“We’re able to compete again and the country is opening back up. It’s all starting to happen and come together, it’s very exciting times.”

Team Ireland coaches Andy Ryan, Danny Corr and Holohan are set to lead Team Ireland to the IMMAF European Championships on August 15-20 in Russia and the IMMAF World Cup in Prague on September 8-11.