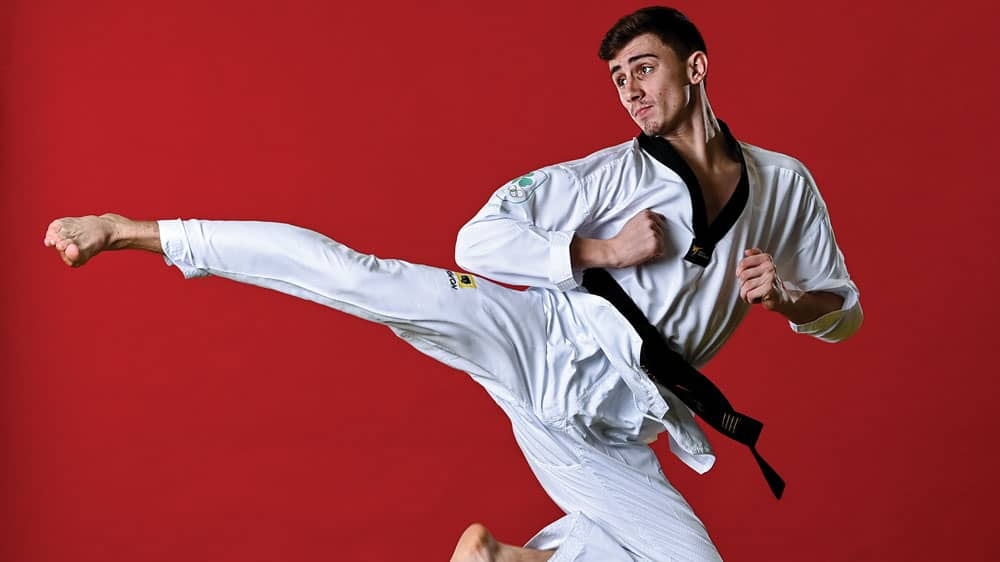 Woolley is confident approach to the Olympics will work for him

JACK WOOLLEY is confident the approach to the Olympic Games in Tokyo will suit him to a tee.

The Tallaght man is set to become Ireland's very first representative in Taekwondo at the Summer Games where his competition will be done and dusted on the very first day of action.

The South Dublin Taekwondo star is more than used to lightning appearances at major international competitions and believes that experience will favour him.

"I'm so used to this" he told The Echo. "Even some of the competitions in Europe we'd sometimes fly in on the day of weigh-in, fight and then come home the day after.

“There’s too many competitions that I do be competing at to be staying there for a week and having the laugh. It’s get in, do the business and leave.

“So that’s kind of worked in my favour, because we’re getting kicked out of the Olympic Village 48 hours after competition.

“If I come home with a medal, I arrive home on the 27th or 28th, so the Games will only be on three or four days by the time I actually arrive home.

“Like I’ll be sitting at home watching it after having been there. It’ll be a bit mad.

“I’m flying out on the 9th of July and we’re going to a holding camp for just over a week before I head into the Olympic Village.

“Then I weigh in on the 23rd of July and I fight on the 24th. All the fights are going to be on the same day.

“So literally the very first day of competition at the Olympics is the day I’ll be on and I’ll be done then” he said.

Woolley will be heading into the Olympic Games off the back of a superb gold medal win at the Mexico Open Taekwondo Tournament.

Seeded Number One in his -58kg division, the two-time Echo Sports Star of the Year was handed a bye through the opening round of competition.

“We needed that [competition in Mexico]” stressed Woolley.

“I won my first match and then I ended up injuring myself in the warm-up for the second one. I came home and got the injury looked at.

“I had to fight at the Euros because of ranking. We’re already into the cycle for Paris [Olympics] and we’re trying to secure the top six and feel confident.

“We’re not chasing it as much, but to miss those Euros would have meant a bit of a dip in points and it did come down to a very few points to qualify for this one so every point is very important.

“So we fought at the Euros. It went alright. I didn’t get a medal. If I hadn’t been injured I probably would have won the thing, but it wasn’t a bad result.

“And now we’re after sorting out the injury over the last two, three months, so getting back on the mat in Mexico and feeling 100 percent in myself and then winning a gold, I was like ‘OK we’re back in it, we’ve got this.’

“I’m in the best shape I’ve ever being in. I think I’m better than before I was injured. I’m feeling very positive and I’m going into this now feeling confident because I think only two of the 16 competitors in my division are coming off gold medal performances and I’m luckily one of them. So I’m in a good position now.”