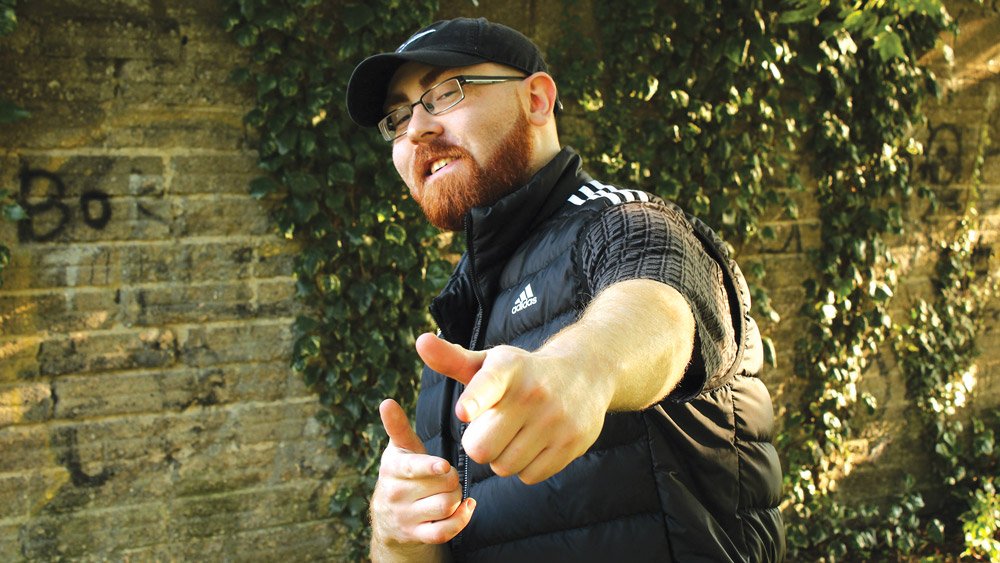 Slevo goes vintage: The rapper from Crumlin on how he keeps his focus

Crumlin rapper Slevo has been steadily building his music output – both as a solo artist and collaboratively – since becoming a member of a Dublin 12-based collective of musicians and producers called D12 Inc.

His most recent track, titled ‘Vintage Volkswagen’, details trawling through charity shops for vintage clothes, and wanting to look like you’ve got more money than you have.

This is conveyed through a series of catchy lyrics, including the verse “vintage like I’m minted, but I’m broke”, against a backdrop of juddering beats.

Slevo told The Echo about drawing inspiration from 2Pac, his involvement in D12 Inc, and his exciting future plans for his burgeoning music output.

Was there a particular musician or group of musicians that inspired you when you were growing up?

If I had to narrow it down, I’ve taken most of my inspiration from 2Pac.

He had an unrivalled passion and presence any time he touched a record.

He was also versatile – not so much with his technique or flow, but he could talk about pretty much anything with sincerity and ease. You believed what he said and believed that he believed in it.

When did you decide to seriously make the transition from music fan to music maker?

I started rapping/writing as a hobby in my early teens. I was absolutely terrible, but it was a good way to express myself and let off some steam, you know?

Unfortunately, life got a little hectic, and I stopped as a result. However, things eventually settled around 2018.

By that point, my taste in rap had matured a lot, and I knew what I really liked. I started looking for beats on YouTube, and eventually one of them just clicked with me.

How did your involvement with D12 Inc come about?

So, [D12 Inc music producer] Mickzart is a good mate of mine going back years.

He’s also an old friend of [fellow Dublin 12 musician and D12 Inc member] Absentee. Mick ended up producing for us both separately, and eventually he introduced us.

We were both pretty focused on our own stuff, which meant we didn’t team up straight away.

Our paths kept crossing though, and more people got involved, like Iain and Kev.

When Absentee had his headline show in Workman’s, it was a real turning point.

All of us worked on that, together, and it’s been full steam ahead ever since.

What impact does being involved in that collective have on your musical output?

It motivates me. I work fairly unforgiving shifts that change week to week, and it’s easy to lose focus on the music.

The lads help keep me on track, especially Mick. That man is a machine, and arguably the glue that holds us together.

Also, I feel that being in a collective forces you to be on your A-game. There’s a lot of friendly competition in regard to verses.

Can you tell me a bit about the idea behind your new single ‘Vintage Volkswagen’?

I’d love to. So, Mick showed me the beat over a year ago. It was originally meant for another rapper, but he passed on it. Even back then, the beat itself was labelled ‘Vintage Volkswagen’.

One thing led to another, I got the beat off Mick, and then I just ran with the title.

Instead of focusing on cars though, I thought of the next thing people associated with the word vintage: clothes.

It’s a real celebration of charity shop fleeces – with a Slevo twist, of course!

How do you feel about the feedback the track has received so far?

A lot of people have told me it’s their favourite of mine, so I’m over the moon. As an artist, that’s all you could really want; a sense of progression that other people can see, not just yourself.

What future plans are in the pipeline for Slevo?

I’ve actually got more in the pipeline now than I’ve ever had before, so I’m pretty thrilled about that.

There’s a tune with me, Absentee and Mickzart coming up. We’re in the middle of getting it mixed and mastered, and we’re also doing a video, which will be my first.

I have a solo track, ‘Slevo for President’, on the way also. I teased it at the Workman’s gig.

‘Vintage Volkswagen’ is out now on all streaming platforms.