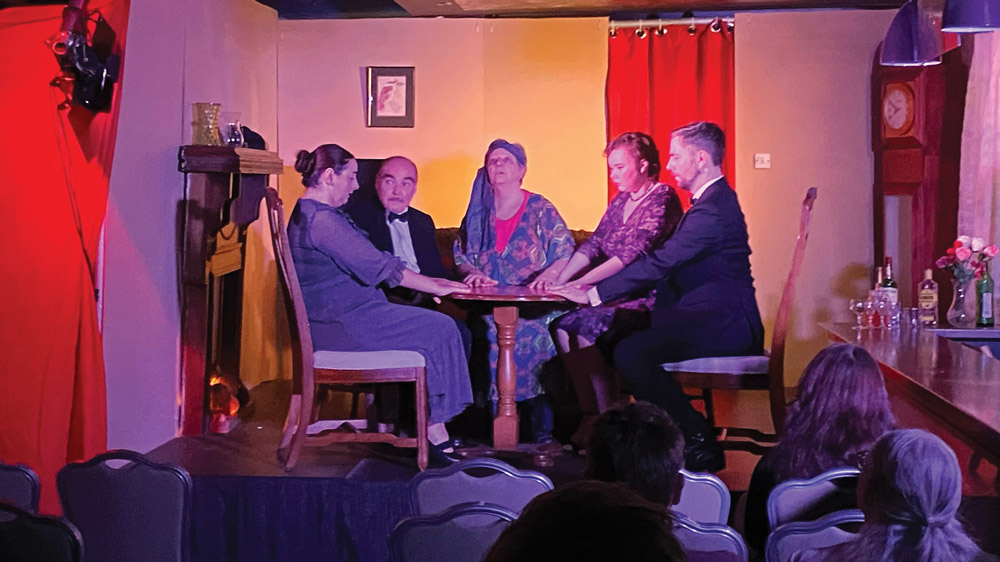 Clondalkin Drama Group has wowed the community yet again with another great production.

The play, ‘Blithe Spirit’ by Noël Coward, was a hit among those lucky enough to catch one of the five showings that ran from September 5 to September 9.

Directed by member Frances Tuffery, with a cast of eight people, the comic play tells of an author and his wife who invite an eccentric medium and clairvoyant to their home for a seance.

The author had hoped that the seance would help him gather inspiration for his next book, but instead he found himself haunted by his first wife. Madeleine Johansson, a local councillor with People Before Profit, played the ghost of the first wife.

Being haunted by an ex-wife is what made this play so eerie, but what made it funny were the many attempts she made to disrupt her former husband’s new marriage, and the fact that only the husband could see her.

This is Clondalkin Drama Group’s second show since after the pandemic. The entire cast were delighted to finally be back on stage, and it showed through their convincing performance.

They received excellent feedback and some great reactions from the audience. The production stirred up a lot of laughter and some momentary fear at certain times.

If you missed this show, their next performance will be the annual pantomime in January.

A few members in the group also performed in a slot at Tallaght’s Culture Night on September 23.

To keep up with Clondalkin Drama Group and upcoming showings, follow them on social media.

NEWER POSTTUH activates full capacity protocol due to high A&E attendances
OLDER POSTSlevo goes vintage: The rapper from Crumlin on how he keeps his focus