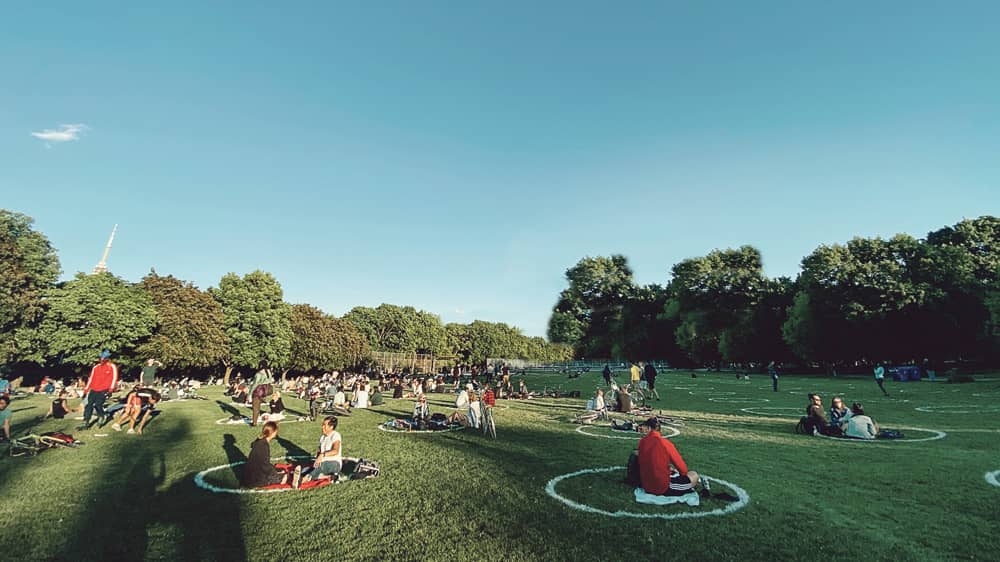 A PROPOSAL by Mayor Ed O’Brien to install ‘social distancing pods’ in public parks came under fire from a number of councillors, who deem it a retrograde step following the easing of Covid 19 restrictions.

It was put forward as a motion by the Mayor at Monday’s full council meeting, however, Cllr Louise Dunne (SF) “can’t support” the proposal.

“People have had to endure 14 months of social distancing already. I’m concerned that this is over-policed when we are trying to get back to normal,” said Cllr Dunne.

“It also won’t be able to accommodate larger families.”

“Other councillors are saying this will help the elderly but this will push fear,” said Cllr Holohan.

“There is no scientific evidence to support it. We are moving in the right directions with the numbers, it would be a step backwards to put circles in fields.”

As one of the majority of members to support the proposal, Cllr Peter Kavanagh (GP), said he worked with elderly people and it was “about giving people assurance” and it should be provided as an “act of decency”.

Cllr Joanna Tuffy (Lab) believes the proposal “sends out the wrong message” and feels the appropriate time to have brought in a measure like this was “about a year ago”.

She cited an outdoor study in China which identified only one case of Covid out of thousands.

Mayor O’Brien defended his motion, saying it is “not a virtual signaling exercise”, but simply to “allay fears”.

He cited similar measures at parks across Europe and acknowledged a “cohort of people who still have fears”.