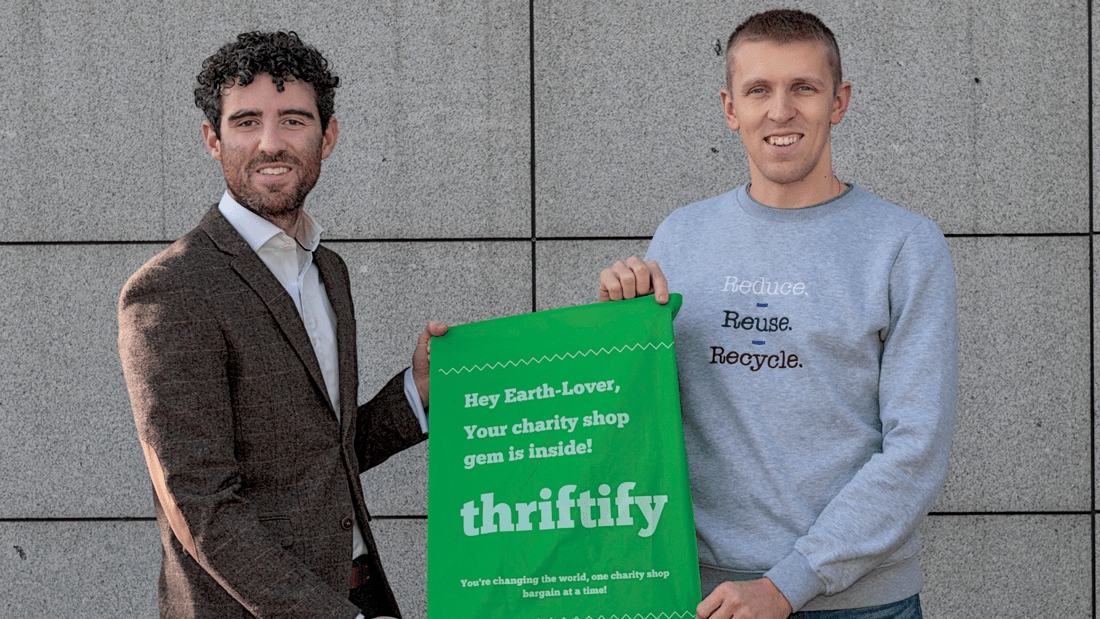 BALLYFERMOT social enterprise Thriftify, an online charity shop, has secured a €500,000 investment to accelerate the international rollout of its solution.

The investment is the company’s first fundraising round and is backed by Enterprise Ireland and Elkstone Capital.

Based in the Civic Centre, Thriftify is currently in trials with a major UK charity retailer and planning a large UK expansion, a market thirty times larger than Ireland with over 15,000 charity shops.

The company say they are working with over 90 per cent of Ireland’s charity retailers and have developed an online platform that enables their users to value donations and sell them online.

However, according to Thriftify founder and CEO Rónán Ó Dalaigh, that figure is likely much higher.

“We get that information directly from charities, SVP have 100 million donations a year alone. It is probably closer to 300 million, because of the many small items like books, DVD’s etc.”

Charity shop donations are so high says Ó Dalaigh, that much of the items are sold in bulk for recycling, a problem made worse by Covid-19, with an increase in donations and shop closures.

However, Thriftfiy’s platform makes it easy for charities to showcase and monetise individual items online – particularly in a digital age and with Covid-19 having such a negative impact on the retail industry.

“It has been a long time coming. Everyone has to adapt and change with the times. We are lucky that the we have used our time to prepare for this,” he said.

Since 2018, Thriftify has enabled charity shops such as SVP, NCBI and Jack and Jill to value over two million donations.

Online shopping activity has doubled during the pandemic and progressed e-commerce by five years, according to Ó Dalaigh.

“It’s brought an enormous change. When we look at the shift in consumer trends, wanting to buy locally and sustainably, being more mission driven and environmentally aware, the opportunity for charity shops to be at the forefront of this change is huge and we’re hopeful that with this funding we can help charity shops capture this opportunity.”

Alan Merriman, Elkstone Capital founder said they backed Thriftify as they were attracted by the “ambitious, talented, authentic founders similar to those we backed at the likes of Letsgetchecked, Soapbox Labs, Change Donations and Flipdish.

We’d like to help Thriftify enable as many charities as possible continue to lead and drive the circular economy and in particular assist their charity partners to better monetise their community product donations by accessing local and global markets leveraging the Thriftify technology platform.”