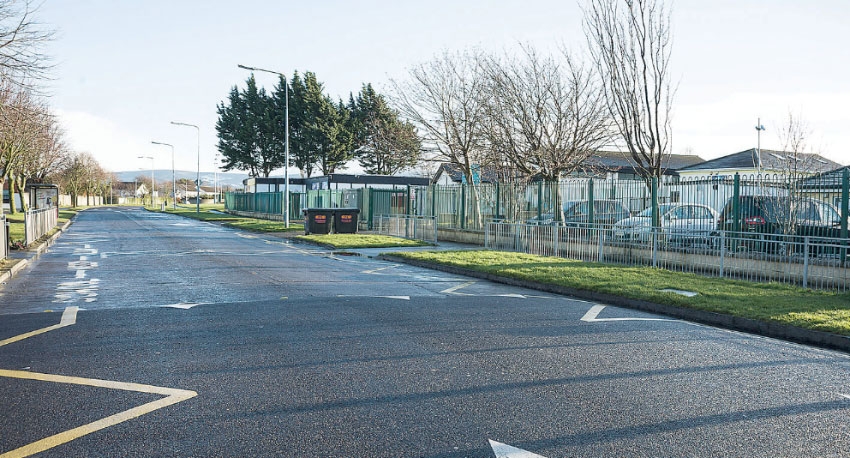 ‘Somebody’s going to get killed by speeding scrambler’

OVER 200 Kingswood residents have signed a letter that will be sent to local TDs and the Minister for Justice calling for action to be taken to tackle ongoing issues with scrambler bikes in the area, with one resident saying that they’re worried that “somebody’s going to get killed” by a speeding scrambler bike.

Issues with scrambler bikes in Kingswood have been ongoing in recent years, however, according to local residents the issues have been getting worse and it has now mobilised them to band together to voice their concerns to local elected representatives.

Residents in Kingswood fear somebody will be killed

The letter has been available to sign in Kingswood Community Centre since Monday, November 19, with residents having the opportunity to add their signatures to the letter up until Friday, November 24.

A member of the Kingswood Heights Residents’ Association, who asked to remain anonymous, told The Echo: “Lots of children play in the open greenspaces in Kingswood, but people on scrambler bikes are coming up through the greens.

“If I hear the bikes coming, I have to run outside and bring my grandchildren into the house.

“People in Kingswood are sick of these bikes, and they’re afraid for their children.

“On Saturdays and Sundays, you hear them revving and they just keep going – somebody’s going to get killed.”

As previously reported in The Echo, the gardai face difficulty dealing with the issue of scrambler bikes because of current legislation.

‘The guards’ hands are tied’

The resident added: “Scrambler bikes are a huge problem, but the guards’ hands are tied because there is no legislation.”

A garda spokesperson added: “Community policing patrols have been put in place to try and tackle problems with scramblers in the Tallaght and Rathfarnham areas, including Kingswood.

“A number of these vehicles were seized over recent months and Community Gardai have been involved in targeted operations against the users of such vehicles.

“A Taskforce has been established between the four Dublin Local Authorities, Department of Justice, Department of Transport, An Garda Síochána and the Road Safety Authority in relation to dealing with ongoing matters about the use, misuse and dangers of Scramblers and quadbikes across Dublin City and County. The Superintendent from Tallaght Garda Station sits on the Task Force.

“This task force has met on three occasions, most recently on November 14, 2018.

“The main difficultly in dealing with this issue lies in limitations with current legislation and the taskforce is examining this at present.”

The letter that is being signed by Kingswood residents, and which will be sent later this month, is calling on local TDs and Minister for Justice, Charlie Flanagan, to bring in new legislation to tackle the issue.