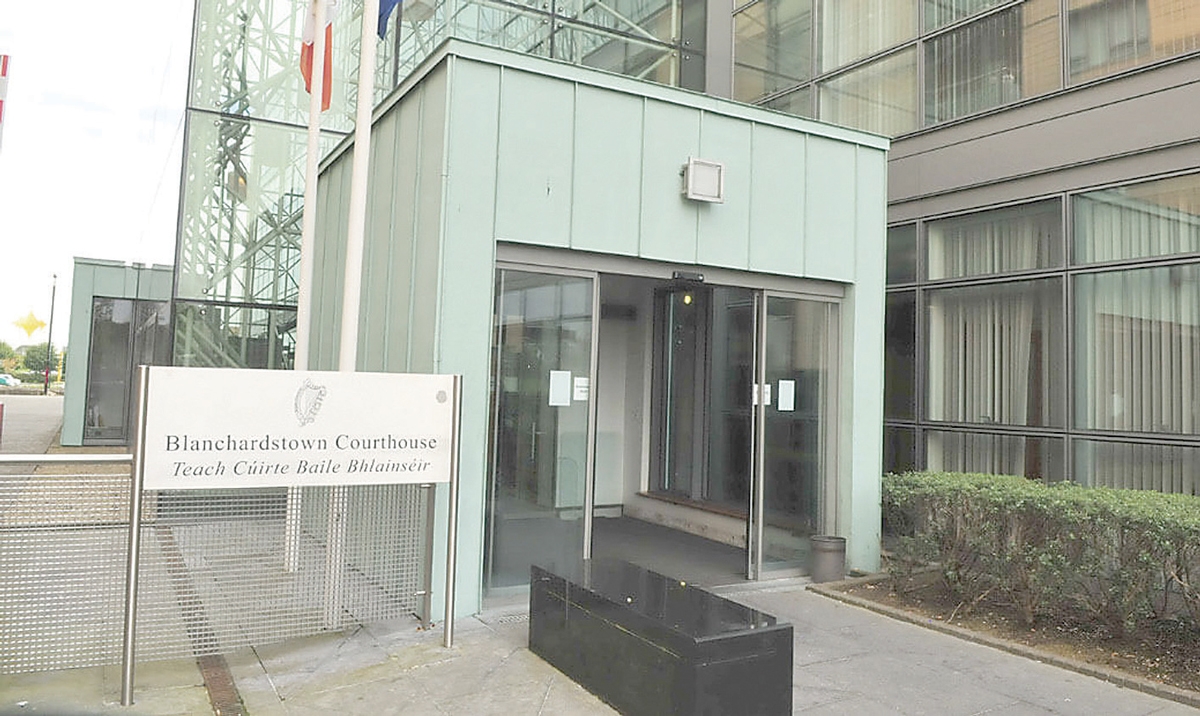 A TEENAGER who resisted a garda after his girlfriend was “hit” was sentenced to three months detention by Blanchardstown Court.

Daniel Murphy, aged 19, with an address at Rathvilly Park, Finglas, pleaded guilty to resisting Garda Patrick Duff, public drunkenness and  breaching the peace at Kilcronan Close in Clondalkin, on July 26, 2018.

He also pleaded guilty to drug driving and no insurance at Shancastle Lawns, Clondalkin, on June 13, 2017.

Garda Robert Collins told the court that on June 13, 2017, he observed a car parked lengthways on Shancastle Lawns. He said that on seeing the gardai, Murphy drove off and started speeding up and then stopping.

Garda Collins said Murphy eventually stopped and as he approached the car he got a strong smell of cannabis from it.

Garda Collins said the smell got stronger the closer he got to the car.

He said he arrested Murphy for driving under the influence of an intoxicant. Murphy was taken to Clondalkin Garda Station where he tested positive for cannabis.

Garda Patrick O’Rourke told the court that at 4.30pm on June 20 last he stopped Murphy on Ratoath Road in a silver VW Passat. He said Murphy had no insurance and no insurance disc displayed and the car was seized.

Sergeant Maria Callaghan said that at 1.15am on June 20, 2017, the gardai came across Murphy in Kilcronan Close.

She said Murphy was intoxicated and very aggressive and refused to calm down and was arrested. Sgt Callaghan added that when Murphy was taken to Clondakin Garda Station, a knife was found in his pocket.

Sgt Callagan said Murphy has 20 previous convictions, of which one was no insurance and two were for possession of knives, two were for criminal damage and one was for robbery.

Murphy’s solicitor, Richard Young, told Judge McHugh that all the previous convictions were from when Murphy was under 18. He said that Murphy had been upset during the incident in Clondalkin because his partner had been “hit”.

He added that Murphy had not been brandishing the knife and it had been found in Murphy’s pocket.