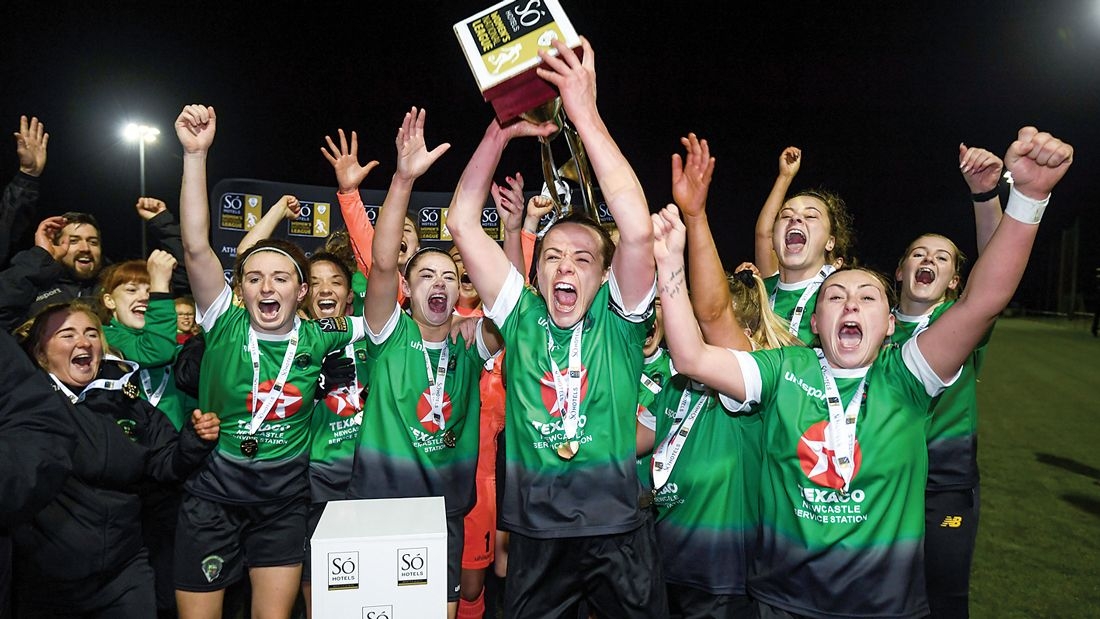 BMA Clondalkin were among 800 athletes to take part in the BMA Rumble and they recorded a medal haul of 11 gold, three silver and seven bronze and they also had multiple contestants pole at The Bristol Open.

Abbie Wade and her siblings Ryan and Amy accounted for a large chunk of Bushido Clondalkin’s 21 medal haul by reaching the podium five times – four gold and one silver.

AFTER crashing out of Senior Football for the first time in 25 years in 2018, St Anne’s made a swift return after beating Fingal Ravens in this years’ AFL3 Promotion Play-Off.

LUCAN Sarsfields Junior ‘B’ hurlers completed a league promotion and championship double while Round Tower’s picked up their first hurling championship title in 13 years by winning the Junior ‘E’ title.

A WEEK after the Clondalkin GAA club bridged that long gap between titles, their Intermediate hurlers claimed their respective championship title.

PETER Egan was named The Echo Sports Star of the Month for October after he battled his way through a tough pool of competitors to claim gold in the K1 Men 40-44 category at the ICF Masters World Championships in Shaoxing, China.

SOUTH Dublin Taekwondo’s Jack Woolley chalked up another massive win in his bid for Olympic qualification after winning gold in the PanAm Championships in Las Vegas.

COLM Basquel struck 3-4 for Ballyboden St Enda’s against Na Fianna in the Dublin Senior One Football Championship quarter-final, a stand-out performance for his side on their way to the title.

FOR THE first time since 1988, St Mark’s will play in the Junior Football Championship after being beaten in their Intermediate Relegation Play-Off.

THE RIDDELL brothers, Zak, Josh and Jake, brought home six global titles, one silver and one bronze medal from the ISKA World Championship.

The McGinty legacy lived on at the Cumann na mBunscol finals for Scoil Maelruain as Luke Collins followed in the footsteps of his mother Christina McGinty Collins (inset), who lifted the cup in 1985. Main photo of Luke is by Lorraine O’Sullivan

THOMAS Davis Senior Footballers made it to their first Dublin Senior Football Championship Final since 1991, where they were ultimately downed by Ballyboden St Enda’s.

IT WAS a tremendous season for St Patrick’s Athletic’s underage teams with their Under 13s, 15s and 17s all capturing their respective SSE Airtricity League titles.

MUCH sought-after Tallaght lad Mipo Odubeko put pen to paper on a deal with West Ham United after turning down a new deal with Manchester United.

PEAMOUNT United Ladies secured the National League in style with a 8-1 thrashing of Cork City and were declared The Echo Team of the Month for October for their superb season.