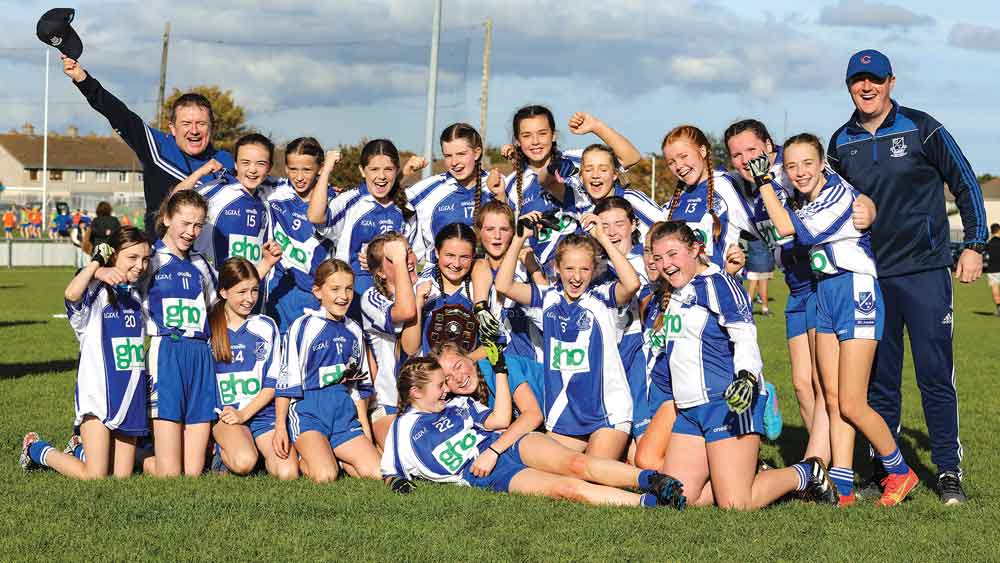 AT THE end of an engrossing contest at Bohernabreena on Sunday, St Anne’s claimed the Dublin Ladies Football U14 Division Five Shield at the expense of Crumlin on a final scoreline of 8-12 to 8-1.

Having lost out in last year’s shield decider, Anne’s were determined to go a step further in 2022.

In another tantalising home encounter at the semi-final stage on October 9, the Tallaght side had a single point to spare over Na Fianna ‘B’ (6-6 to 6-5).

On the same day, Crumlin took on St Peregrine’s out in Blakestown and came away with a hard[1]earned 4-6 to 4-4 triumph. They did edge in front with an early goal from Meisha O’Sullivan, before Anne’s proceeded to take control of the action.

Briona Joyce struck an equaliser in response to O’Sullivan’s breakthrough score and this served as the catalyst for a period of dominance from her side.

Abbie and Katie Doran produced confident displays around the middle-third, contributing goals and points from long-range as the play progressed. 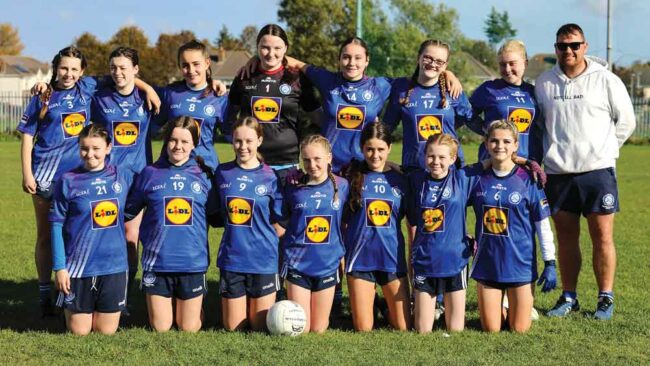 Crumlin is the U14s shield runner-up

Full-forward Sophie O’Donoghue also exerted a strong influence at full-forward, with her 1-1 salvo helping Anne’s to establish a greater foothold on the play.

Crumlin continued to have their moments of dominance, however, with Layla Perry registering two goals to keep the Pearse Park side in the frame for a shield success.

Kaci Hodgins was the driving force behind their challenge, while cousins Julie and Amy Thornton also stood tall alongside the likes of Sophia O’Reilly, Eabha Mooney and Ruby Troy. 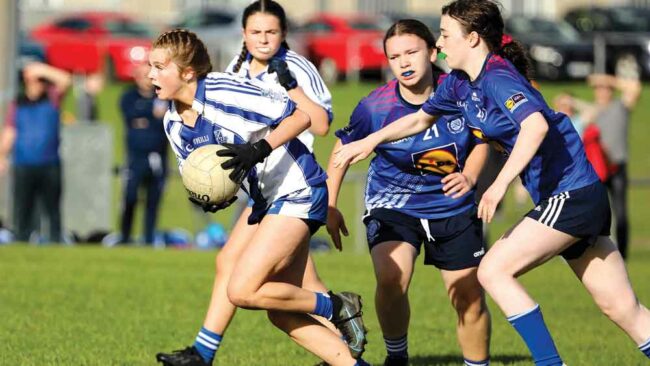 Crumlin were somewhat hampered by the loss of Emma Ryan to injury, but with Perry adding another brace of majors in the second half, they never allowed their heads to drop.

Although Caitlin Elliot and Amy Smith also shone for the visitors, there was no denying an excellent Anne’s team from claiming the shield on offer.

Back-up by a considerable cohort of U12 players, the hosts remained in the driving seat until the final whistle.

In total, she amassed an outstanding tally of 2-3 to supplement an additional three-pointer from Emma Kavanagh.

Like Barnes, Kavanagh recently returned from injury and proved her enduring worth to Anne’s in devastating style.