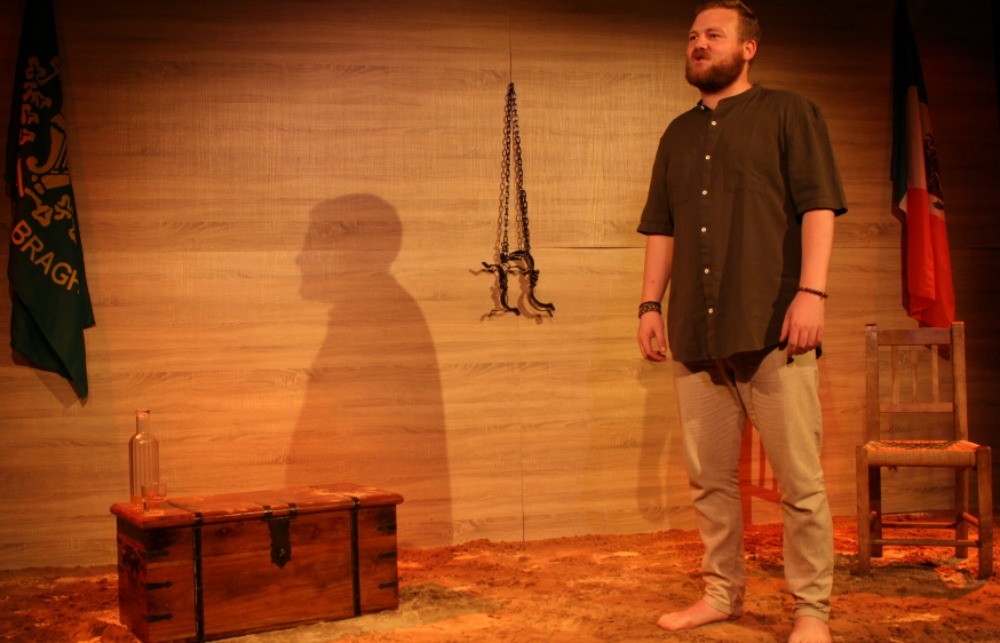 Tallaght actor Stephen Jones is bringing a slice of Irish-Mexican history to the Viking Theatre this month.

The actor, who we’re used to seeing play baddies in TV3’s Red Rock and Mark O’Connor’s Between Two Canals will star in a one-man play which tells the story of Irish soldiers who fought in the Mexican army during the 1800s.

100 More Like This centers around Thomas’ O’Byrne, a teenaged Irish immigrant in Boston who is drafted by the US Army during the Mexican-American War which lasted from 1846-1848.

The story is told by Thomas while he’s living in Mexico and fighting for the Saint Patrick’s - or San Patricios - an Irish battalion that defected from the US Army and into the Mexican side.

The San Patricios were a 175-men unit primarily made up of Irish Catholics but also included other European and American members of the Catholic Church.

The Catholic Mexican government were able to entice Irish and other Europeans to fight for them by promising them citizenship and higher wages.

While Thomas O’Byrne and his family are fictional, the play features very real characters. John Riley, the Galway-born leader of the Battalion features in the play. Riley led the defecting soldiers to the Mexican side after facing anti-Catholic discrimination by the US Army.

Stephen said: “The US Army enlisted men as young as 12. The Irish men who fought on their side were seen as cannon fodder, or like their lives weren’t worth as much.”

The San Patricios are considered traitors in American history but were revered by later generations of Mexicans as heroes, having fought some of the toughest battles.#

Stephen said: “The play’s name comes from a quote by General Antonio Lopez De Santa Anna who said, ‘With a hundred more like these men of Riley’s we could have won this war’.”

“The Mexicans took these brave Irish men into their hearts, and there’s two days celebrating the Irish. March 17th for St Patrick’s Day and September 10-12 celebrating the San Patricios.”

Stephen first played the role of Thomas O’Byrne ten years ago, but he loves returning to the source material.

“To have a one-person show in any venue is a special occasion. I’d go mad if I couldn’t perform in front of a live audiences. I’ve performed this in different venues including theatres, libraries and the back of pubs.”

100 More Like This was written specifically for Jones by children and young adult writer Larry O’Loughlin who he met when he was fifteen. He said: “I met Larry when I was a teenager and in a creative writing class at Tallaght Library. Even though I wanted to be a writer, he convinced me that joining the Drama Society in UCD would help my craft.”

“In a way he kick-started my career.”

The play will run for 12 days in the Viking Theatre in Clontarf. Admission is €15.