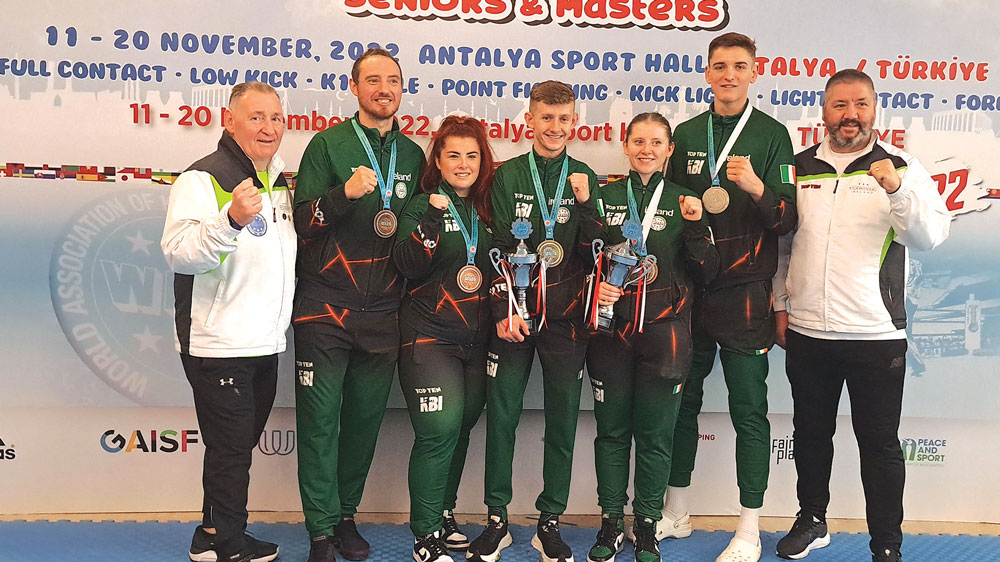 This was a huge event in the history of kickboxing as it was not only the WAKO European Championships but also the qualification event for next summer’s Olympic European Games, which kickboxing is now officially taking part in, “The Olympic rings, alongside our WAKO Logo, is a dream come true”.

TMA’s medal haul started with Adam Condon after three hard fought fights meeting Bulgaria in the final, this was a tough battle.

The next finalist for TMA was Conor McGlinchey, working hard to get to the final after three days of fighting.

Conor was up against Germany in the final, things did not go Conor’s way in this final eventually losing out to the very talented German.

The next final was a highly anticipated event Tallaght’s Jodie Browne, the present World Champion against Ana Kondar previously 10-time World Champion who moved down weight to try qualify for the coveted Olympic European games.

After three exciting rounds of a tough, tactical battle Jodie came out on top winning by a single point.

Tallaght represented Ireland strongly on the Irish teams at the Team Event with the Women’s team made up of the four TMA Girls Naoise, Nicole, Keri and Jodie successfully brining home another bronze medal.

Special mention to Fergus Daly who showed true Sportsmanship and Martial spirit, when his competitor did not show up the officials wanted to disqualify the Azeberjanian opponent guaranteeing Fergus a medal.

However, Fergus offered to wait and fight his opponent.

This was an absolute battle with both fighters showing great skills and determination. Fergus lost in sudden death to his opponent but earned the admiration and respect of the whole martial arts community.