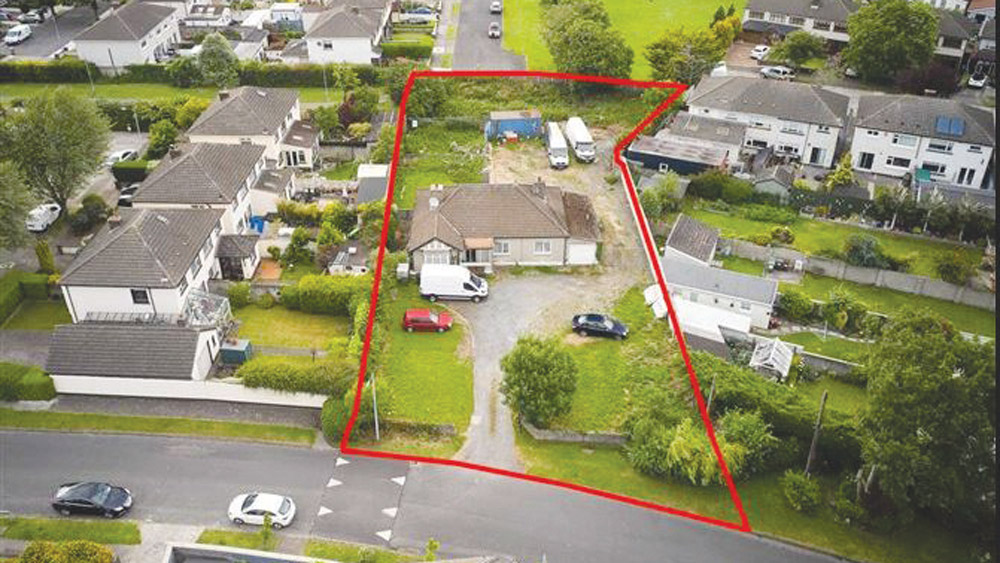 The site at Suncroft House in Kingswood has gone on the market at €1.7m

THE site of Suncroft House in Ballymount, which has full planning permission for the construction of four houses and five apartments, has gone on the market for €1.7m.

The construction plans by applicant Derek McDonnell were initially refused permission by South Dublin County Council in May 2021, before being successfully appealed to An Bord Pleanála (ABP).

Last June, the appeals board granted permission for the development, consisting of the demolition of Suncroft House and the construction of four two-storey-plus-attic-floor houses and five apartments.

The proposed development was a point of contention in the local community, with the original  planning application attracting a total of 43 third-party submissions.

Concerns raised in the submissions included loss of privacy and overshadowing of houses near the development, with the height of the development also cited as a concern.

However, when ABP decided to grant permission, it ruled that the development “would not seriously injure the amenities of the area or of property in the vicinity.”

The subject site was recently brought to the market by Flynn Estates and they described it as a “residential opportunity to purchase a ready-to-go site with full planning permission”.

The property listing also describes the site as benefiting from being in a “mature residential neighbourhood in Tallaght”, that’s well serviced by public transport.