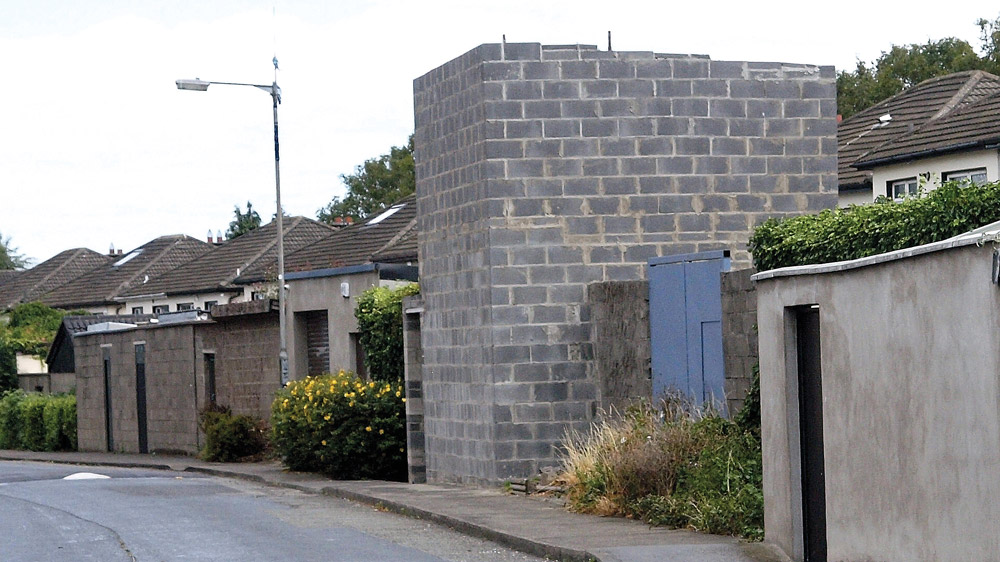 A WARNING letter has been issued by South Dublin County Council in relation to a structure that has been developed to the rear of a property in Walnut Close, Kingswood, and that juts out onto a footpath.

The grey-brick structure has been a point of contention in Kingswood in recent weeks, and is now being investigated by the council.

Independent councillor for Tallaght Central, Mick Duff, told The Echo: “It has caught people by surprise, they’re not certain of what’s going on.

“The local residents’ association is trying to get information about it, and it’s obviously way above the height of a standard shed.

“Some people feel that because something’s on their own property, they can build what they like, but something like this, being built with no explanation . . . it’s not something that’s gone under the radar.

“It’s very much in the public eye and has been subject to a tremendous amount of comment and enquiries in the community.”

The Echo contacted South Dublin County Council to ascertain whether planning permission had been granted for the structure.

In response, a council spokesperson said: “A file has been opened and a warning letter issued. The file is under active investigation by the planning authority.”