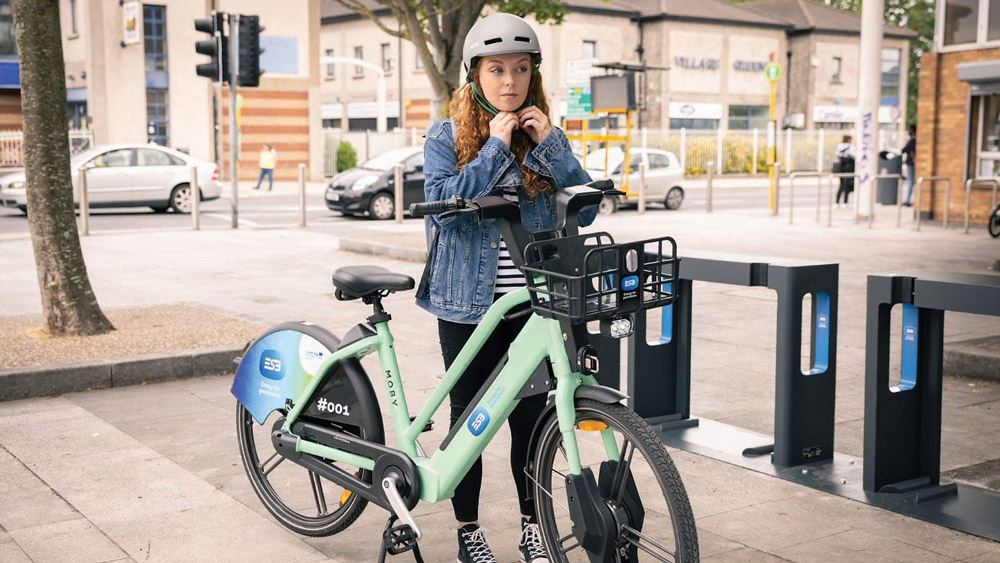 E-bike pilot project rolls out across the county

THE ESB has officially launched its e-bike pilot project, with five docking stations in South Dublin County – including the hub at Old Bawn Road that was previously destroyed in an act of vandalism.

Starting on Wednesday, August 17, the ESB e-bikes will run for a 10-month period at 14 charging stations in some of Dublin’s “busiest commuter locations”, with five in the locality.

There is some 112 bikes included in he pilot project, which is being run by the ESB in conjunction with micro-mobility providers Bleeper and Moby.

Bleeper and Moby will maintain and operate the e-bikes with the charging infrastructure provided by the ESB.

Bikes on Bleeper’s ESB e-bike scheme can access bikes through their app now while the Moby scheme will be operational over the coming weeks and accessible through the ESB e-bikes app.

Costs associated with hiring the bikes, which is done through scanning a QR code through the respective app, is being subsidised by the ESB – starting at €5 per day in addition to a €30 monthly subscription.

The ESB has been busy installing the bikes at all the locations over the summer, including at the Maldron Hotel at Newlands Cross, Old Bawn Road and Firhouse Road in Tallaght, St Peter’s Road in Walkinstown and Park West Business Campus in Cherry Orchard.

However, the electric bike hub at the Old Bawn Road location was destroyed, with all the bikes removed within eight hours of its installation on July 7. 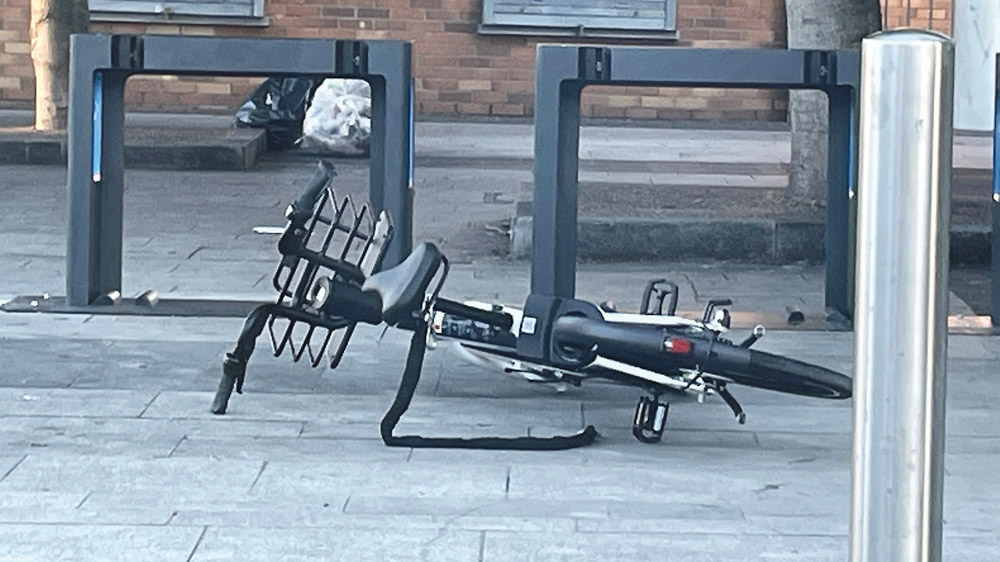 At the time, South Dublin County Council said “it was very disappointing to hear this morning of the vandalism at the Westpark location” and Gardai confirmed that an investigation was underway.

Whether or not the location would be re-fitted remained up in the air until the official launch of the pilot project this week, in which pictures were circulated of the Old Bawn Road location by the ESB.

Following this, an ESB spokesperson confirmed that it was doubling down on the Old Bawn Road e-bike docking station.

“Following an incident at the docking station at Old Bawn Road in early July, the ESB liaised with Gardai and the council, and there is an ongoing investigation in this,” an ESB spokesperson told The Echo this week.

“The ESB is delighted to include the Old Bawn Road location in this e-bike project, it is under testing at the minute and will be ready in the next few weeks.

“This is very much so a good news story, we just want to ensure that there is not a repeat of what happened previously, and the docking station will continue to be monitored.

“We believe this will be a very valuable resource to the area.”

A Garda spokesperson told The Echo that “there are no updates to report on this”.

This 10-month pilot initiative is part of the ESB’s commitment to electrification of transport targets through “investing in low-carbon, sustainable mobility infrastructure for Ireland”.

Committing to a “transition to a net zero energy future”, Marguerite Sayers, Executive Director, Strategy, Innovation and Transformation at ESB was enthusiastic to join the Europe-wide project.

“With this project, we are delighted to be part of the broader Interreg North-West Europe eHUBS programme and that Dublin will now join other member cities, such as Amsterdam and Manchester,” said Ms Sayers.