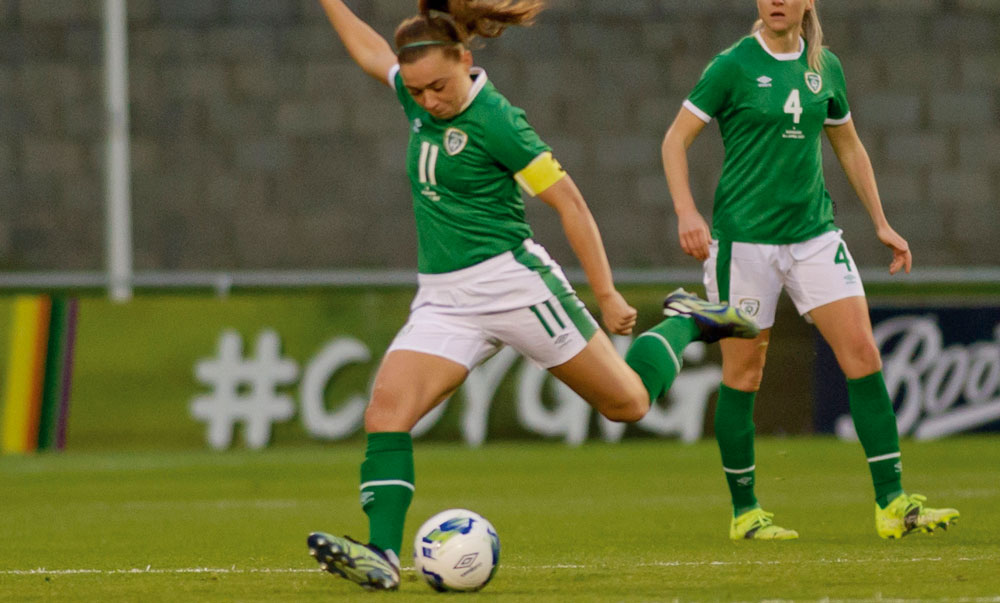 THE superb form of Tallaght’s Katie McCabe for Arsenal so far this season has been recognised by the Barclays FA Women’s Super League who have declared her the winner of both the ‘Player of the Month’ and ‘Goal of the Month’ accolades for October.

The Kilnamanagh woman has been instrumental in propelling the Gunners to the top of the WSL table as well as the final of the FA Cup after they comfortably saw off the challenge of Brighton and Hove Albion in the semis.

Five victories from as many outings sees Arsenal at the peak of the table, with McCabe twice finding the back of the net for her side in October, the Dubliner again being lauded for stunning efforts against Aston Villa and Everton.

Parallel to her rich vein of form on the club front have been equally impressive displays on the international stage.

Indeed the Republic of Ireland captain has led Vera Pauw’s outfit to fine wins over Australia in an international friendly and Finland in a 2023 World Cup qualifier, two games that were punctuated by a narrow 1-0 defeat at the hands of Sweden.