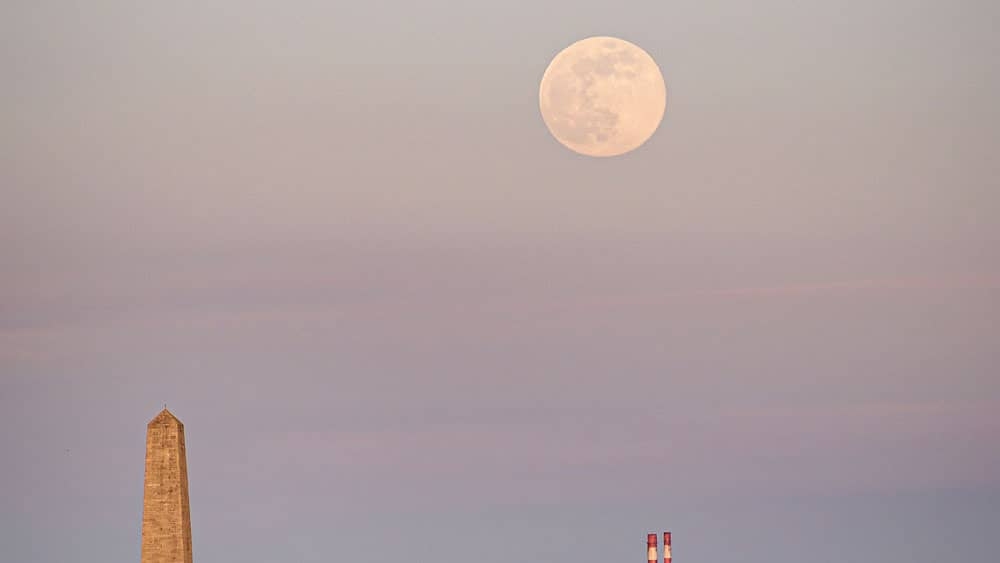 Supermoon over Dublin makes the top 20 in astrophotography competition

A Palmerstown photographer’s arresting image of a supermoon, taken from the Chapelizod side of the Phoenix Park last year, made it into the top 20 images in an astrophotography competition – and it’s due to go on exhibition in the coming weeks.

Jan Lackowski’s photo, ‘Supermoon over Dublin’, was one of 20 images recently selected by a panel of judges for the Reach for the Stars astrophotography competition run by the Dublin Institute for Advanced Studies (DIAS).

Jan Lackowski’s photo of the Supermoon

It’s now part of an online exhibition on the DIAS website, and it will go on display at an outdoor exhibition at DIAS's premises on Burlington Road in the coming weeks, followed – later in the summer – by an exhibition at DIAS Dunsink Observatory in Castleknock.

Jan, 38, developed a passion for photography ten years ago, and in recent years he started to take a keen interest in astronomy.

His interest in astronomy was partly spurred on by the history of his hometown, Torun in Poland, where Renaissance astronomer Nicolaus Copernicus was from.

“But I got a telescope first, a few years ago, because I wanted to explore astronomy. Then, I just gradually connected the two hobbies into one.”

Last year, Jan set out to take a picture of a supermoon – an occurrence that happens when the moon is closest to the Earth in its orbit – which he then submitted to the Reach for Stars competition.

“I was just beside the Phoenix Park in Chapelizod, and I just took my tripod and my camera, it wasn’t a fancy set-up,” he said.

“I wanted to capture the chimney stacks with the supermoon. It was a pretty easy spot to set up in, and I just waited until the right composition presented itself.

“The moon moves pretty fast, especially when it’s raining, so I was there for maybe less than an hour. I took 50 photos, and the one I submitted for the competition was the best one.”

The panel of judges, including Professor Peter Gallagher, head of astrophysics at DIAS, and Irish Times picture editor, Brenda Fitzsimons, selected ‘Supermoon over Dublin’ as one of 20 images that will go on display in the astrophotography competition exhibition.

“The quality of the other entries told me that the competition was tough,” said Jan, “so I was surprised to get into the top 20.

“But I’m really happy about it, and once restrictions are lifted and a physical exhibition is taking place, I’d love to visit the Dunsink Observatory.”

NEWER POSTDrug addict hijacked car from man who had just dropped child off at a creche
OLDER POSTThe Intruder: Local actors make a welcome return to The Civic