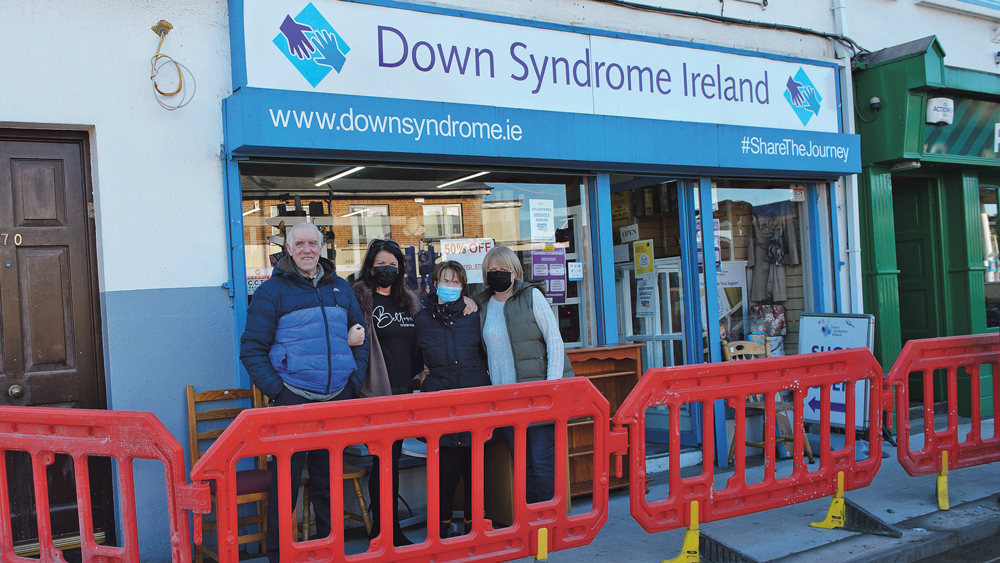 Willie Turner, Gloria Cramer Curtis, Celine King (Manager) and Pat Carroll outside the Down Syndrome shop in the village

‘SUPPORT your village’ is the message emanating from Templeogue this week, as ESB works and the council closure of a public carpark adds to increasing concerns over access and parking.

ESB is currently carrying out ducting works in the middle of the road that runs through Templeogue Village.

These works have resulted in diversions, with access to the village temporarily closed for motorists travelling from the Spawell direction.

The village can be accessed travelling from Terenure.

However, businesses have flagged how a high volume of trade travels into the village from the Spawell-side, with 52 submissions lodged and online meetings held in an attempt to reverse the closure.

An ESB spokesperson told The Echo that they are liaising with the council, and are doing enabling works in tandem with the local authority’s Village Improvement scheme – which is underway in Templeogue. 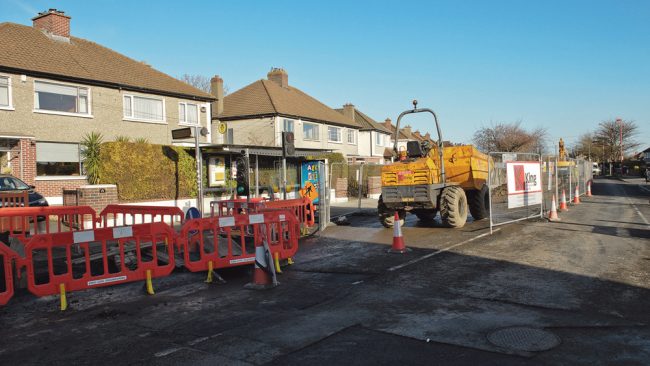 Roadworks in Templeogue Village this week

This week, fresh concerns around access have been raised after the 26-space, public carpark at Riverside was closed on Monday to facilitate a separate council housing project in the village.

When contacted by The Echo, South Dublin County Council confirmed that the carpark in Riverside is being close permanently to facilitate the construction of a social housing development for older persons.

The development will consist of a two-storey grouping of courtyard housing comprising of 12 apartment units.

The council said that ‘temporary’ parking spaces will be provided on street, initially near restaurant Fifty 50 and, after the completion of ESB’s ducting work, oppositive Hollingsworth Cycles. 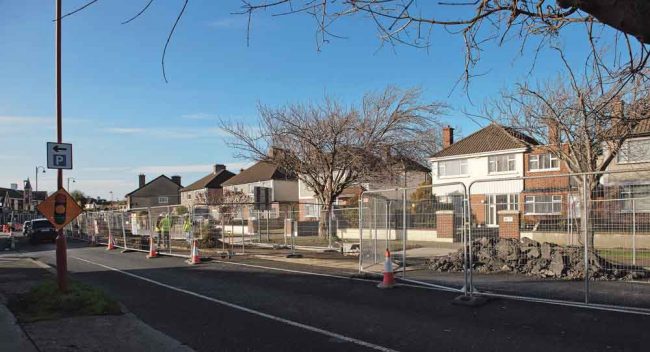 The council said: “The number of spaces will vary as works in the village progress, we will assess the parking need as works progress and can provide additional if needed.

“There are a number of private carparks within the village for customers; The Tennis Club, behind Fifty 50, the Morgue, Maxol and along the frontage of a number of businesses along the south side of the main street.

“Privately operated Pay and Display is also operated for public use along the front of the Tennis club.

“The temporary parking will be free to use during the works. 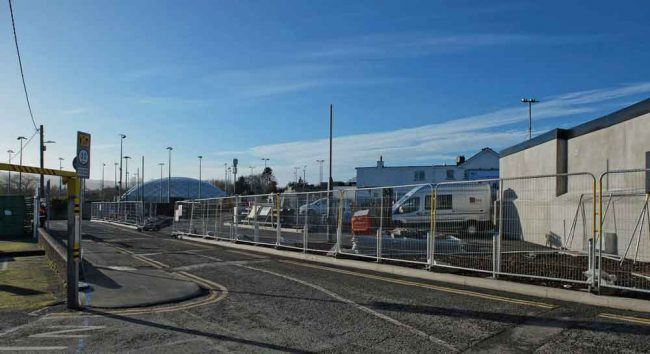 “Parking will be limited in the village during the works, however, as works proceed along the village more temporary spaces will be provided and the permanent spaces will become available as they are completed.”

Celine King, Manager of the Down Syndrome Ireland charity shop in the village, told The Echo on Tuesday how business is being impacted on by access issues.

“Definitely our business has gone down,” Celine said.

“We’re not as busy as we were, footfall has dropped.

“People are 100 per cent avoiding the village due to access issues, both motorists and people on foot.

“There’s a lot of uncertainty for businesses.”

Local Labour councillor Pamela Kearns, who is also a member of the Templeogue Tidy Towns committee, has been working alongside businesses in recent months.

“These [works] are going to affect pretty much all of the businesses,” Cllr Kearns said.

“We understand that works have to be done… but they are damaging to businesses in the village.

“Communication is key in all of this, and we need the council and ESB to communicate as much as they can with traders and the community.”

She added: “We also need people to come back into the village, come in and get their coffee,” Cllr Kearns said.

“These businesses were all here for us during lockdown, and we need to be there for them now.

“It may take an extra five or 10 minutes but you’re supporting a very valuable community asset.

“We have the capacity to help, and I’d ask people to support their village.”

When asked how long works will continue for, a council spokesperson said that the ESB works and Village scheme are “being completed concurrently in order to capitalise on the lane closure required by the ESB”.

Village Improvement scheme works are expected to be completed by the end of April.