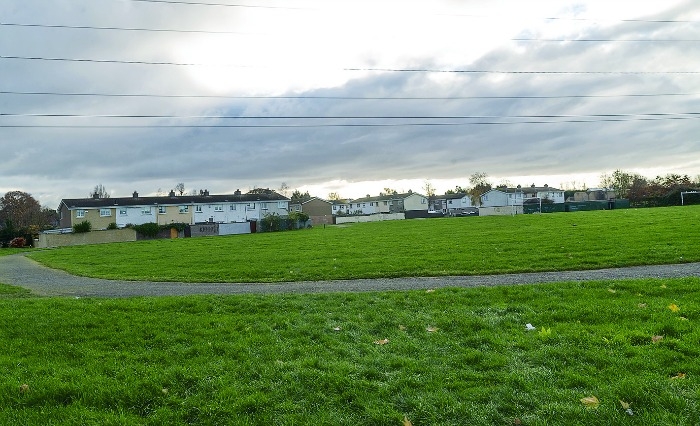 A REPORT on plans to build 59 rapid-build homes at St Cuthbert’s Park in Deansrath, Clondalkin, was delivered this week by South Dublin County Council.

Pre-planning presentations and consultation meetings with Clondalkin councillors were held over the last four months – which led to residents’ issues being raised.

Alterations of the design for the project will see smaller-scale houses to the rear of existing homes at 89-98 Lealand Avenue.

A survey conducted by Sinn Féin of 181 households located beside the proposed development was submitted to South Dublin County Council.

The survey was in support of the rapid-build project.

Of the 181 houses surveyed, 147 houses responded, and 113 respondents supported or were not opposed to the proposed housing project.

Up to 23 respondents opposed or did not support the proposal, while nine homes had mixed views and two homes had no opinion.

According to the survey, Deansrath Community College supported the proposal, and Lindisfarne Grove Environmental Group opposed the proposal.

They say residents are concerned that increasing the number of families in the area could add to the problem.

They also called for increased public lighting, and restricting access for joyriders to gain entry to the park.

The survey maintains that residents want a greater investment in community facilities in order to “reclaim the park”.

Deansrath Community College were “strongly supportive of the proposed development both in terms of enhancing their own security and ensuring future enrolments.”