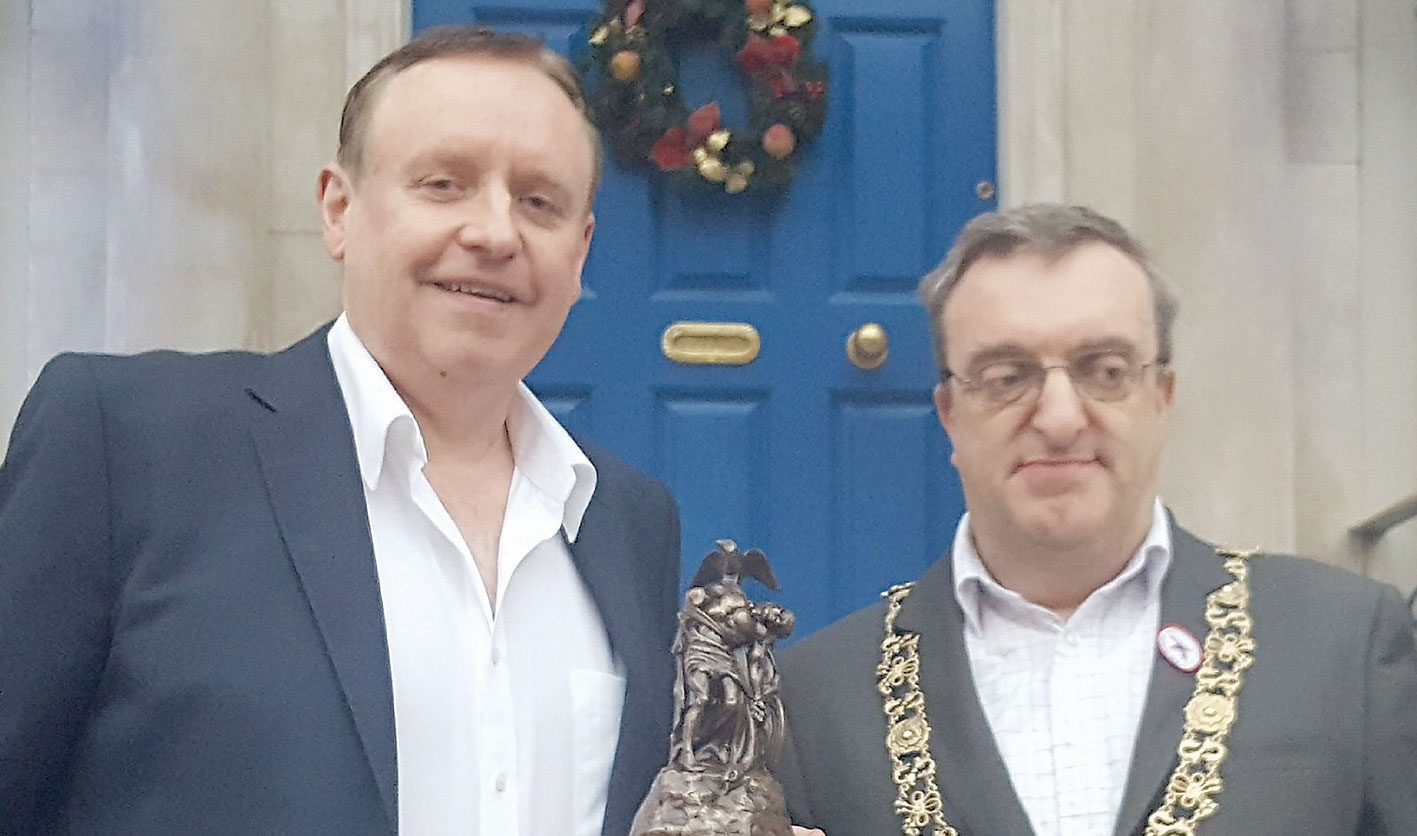 A TALENTED uilleann pipe player, who performed at the wedding of David and Victoria Beckham, won the Musician of the Year Award at the Irish Folk Music Awards last month.

Walkinstown man Tommy Keane is a skilled multi-instrumentalist who can also play flutes and whistles, but he calls the uilleann pipes, which he has been playing for over 30 years, his “great love”.

Tommy works both as a live and recording musician, and he has worked with notable musicians like The Fureys, Shane McGowan and Ronnie Drew.

Tommy told The Echo: “I was more surprised than anyone else when I won the award, but it was a wonderful experience.”

“I would describe them as having a distinctly Irish sound – it’s almost as if the sound is coming from the land.”

Tommy’s pipe-playing regularly features on the albums of musicians he’s worked with, but when it comes to choosing whether he prefers the stage or the studio, Tommy said they both complement each other.

“It’s great, a lot of people work with the same people whereas I do completely different stuff when I’m recording and playing live.

“No two days are the same, I work with different people all the time.”

He added: “I enjoy recording and performing, they’re a great contrast to each other.”

While Tommy has described himself as being like “a painter who never paints his own house” when it comes to recording his own music, he hopes to release an album of his work this year.