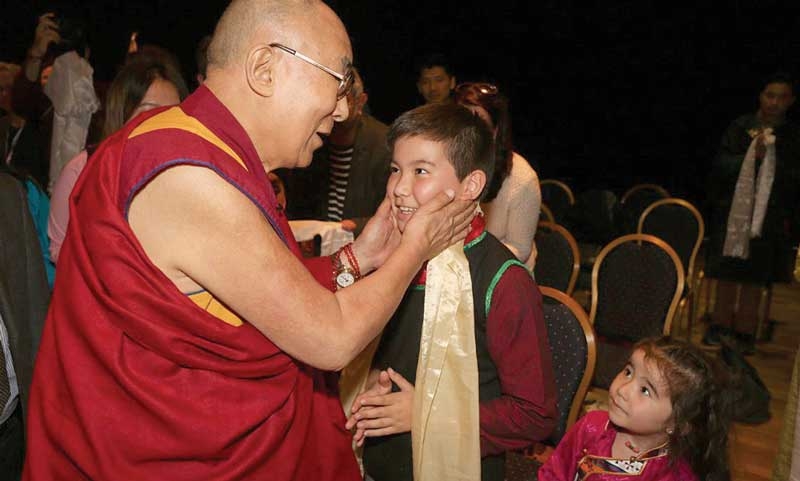 A BROTHER and sister from Tallaght were among a small contingent of the Tibetan community in Ireland who recently met the Dalai Lama during a recent visit to Derry.

Living in Springfield, Oisin Murphy (10), who is a pupil of Citywest Educate Together, his sister Lhayum Tara (4) and his mother Tsering and father Niall were “very fortunate” to have a private audience with His Holiness the Dalai Lama – as part of a small contingent of the Tibetan community here in Ireland.

Niall, who grew up in Tallaght, told The Echo: “It was an amazing experience, really incredible.

“We have been very lucky and have met the Dalai Lama four times now… and every time we are blown away, his energy is incredible.”

He added: “There is a very small Tibetan community here in Ireland and at the private audience there was around 30 Tibetans present.”

The Dalai Lama was in Derry for the 20th anniversary of the charity Children in Crossfire, of which he is a patron.