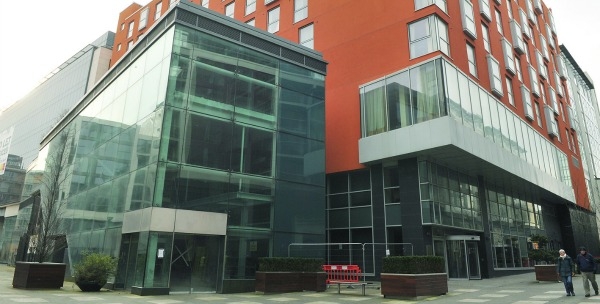 THE TALLAGHT Cross West multi-family and commercial development is to go on the market next week on behalf of Nama for over €80m.

The development is being sold on the instruction of the receiver, David Carson of Deloitte, who together with WK Nowlan has managed the estate for the last four years.

At 442 apartments, DTZ Sherry Fitzgerald said the complex is the largest volume of apartments to come on the market within a single development.

The HSE, the National Ambulance Service and Primary Care Centre and pharmacy will occupy a large part of the main office buildings and one retail unit on the campus. The three office buildings adjacent to the Luas line are not included in the investment sale.

Tallaght Cross West was built by Liam Carroll of Zoe Developments just before the property crash in 2008 and includes three office blocks, a hotel and 442 apartments with ground floor retail space. Mr Carroll’s companies folded with debts of about € 2.8 billion of which € 1.1 billion alone was owed to AIB.

It is the largest number of apartments to come on the market in a single development in Dublin and is expected to be of particular appeal to the various REIT companies as well as overseas investment groups specialising in the residential market.

The management has also had considerable success in managing the three office blocks which have a combined floor area of 12,077 sq.m. (130,000 sq.ft.).

Buyers have been found for two of the three buildings, which greatly strengthens the identity of Tallaght Cross.

The first block known as Rivers is already occupied by the National Emergency Operations Centre and the National Ambulance Service Education Centre. The HSE is also fitting out the second block for use as a possible diagnostics centre.

The great variety of medical uses to be based there opens up the prospect of it ending up as a destination “medical village.”

Meanwhile, the third office block is under offer. Part of the apartment development with 65 homes has also been allocated to NARPS, a Nama-led method of delivering social housing in areas of greatest need.

The retail element of Tallaght Cross West includes Aldi who are paying a rent of €625,480 per annum. Around 22 further retail units, currently in shell condition, are also to be made available for letting.