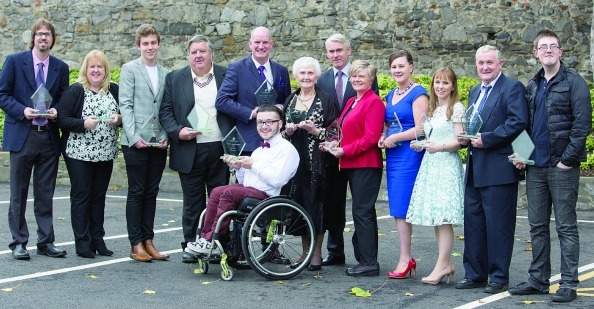 TWO local groups were recognised for their hard work at this year’s Hidden Heroes awards, which honours those who have made a contribution to their community and are organised by Hidden Hearing.

Tallaght Deaf Club and its chairperson John Paul Monaghan were awarded the Social Inclusion Hero award for its work in South Dublin and beyond over the past 25 years by providing social activities and talks for the deaf community.

John Paul Monaghan, chairperson of Tallaght Deaf Club, told The Echo that the nomination was a “surprise” and “totally unexpected”.

He said: “When we got word that Tallaght Deaf Club was nominated for a Hidden Heroes Award it came very much as a surprise and totally unexpected too that we were being nominated.

“On receiving the award, which was under the Social Inclusion category, it felt like a great sense of honour in others that nominated us and in recognition for the work that the club has done over the years to benefit the greater Deaf Community and its users. We have provided this with very limited resources and funding available.”

The MOJO Project was also honoured at the awards and received a special recognition in the Company Hero category.

Danny Morris from the project was on hand to receive the award, which was given to the project in recognition of its work with men throughout Tallaght and South Dublin who have been affected by unemployment and recession and are finding it difficult to cope.

The project is carried out over a 12-week programme that helps men to build their mental and physical fitness while developing their ability to engage with local services, set goals and develop a life plan.

The recepients of the Hidden Heroes award were revealed by the Lord Mayor of Dublin Críona Ní Dhálaigh, with the awards being presented by broadcaster Mary Kennedy.

NEWER POSTCampaign pushes for medical cards for 9,000 children with disabilities
OLDER POSTOireachtas comes to town –with 10,000 visitors in tow