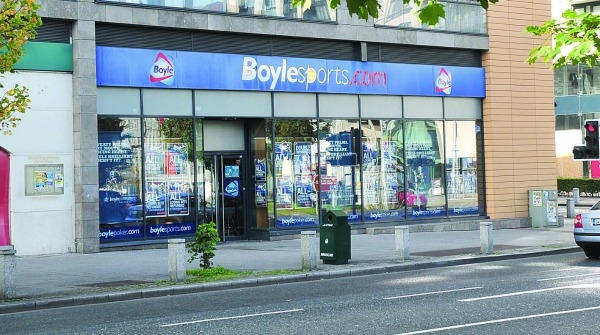 A GAMBLER who lost money in a bookies and then smashed three televisions worth €1,200 has told Tallaght Court that he does not intend to pay any compensation.

Daniel Sheekey told Judge John Coughlan that he wanted to be put in Mountjoy.

Judge Coughlan remanded Sheekey on continuing bail to a date in December for payment of compensation.

Sergeant Eithne Madden told Judge Coughlan that Sheekey had been gambling in Boyle Sports and had lost “a good bit of money”.

She said there was a disagreement and Sheekey then damaged the three television sets.

Judge Coughlan asked if there was any compensation in court. Sheekey’s solicitor, Eddie O’Connor, said his client didn’t have any money.

Pointing to the press bench, Sheekey told Judge Coughlan: “I lost my job over those over there, bad press.”

The judge told Sheekey: “You are the author of your own misfortune.”

Judge Coughlan asked Mr O’Connor how much time his client wanted to come up with the compensation.

Sheekey told the judge: “I won’t be paying compensation. If you want you can put me in Mountjoy.”

Judge Coughlan said he would put the case back to December for compensation.

Sheekey told the judge: “I won’t be paying any compensation. Did you not hear me.”