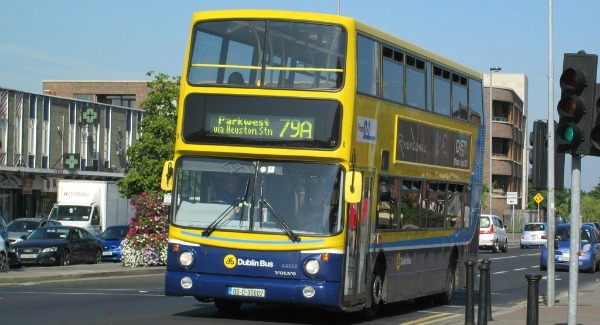 REPORTS of a robbed car crashing into a Dublin Bus in Cherry Orchard forced the suspension of the service on Friday night.

Dublin Bus advised customers that that due to anti-social behaviour, the 79/A route would not be serving Cherry Orchard from 8.15pm on Friday.

Multiple incidents of anti-social behaviour have affected the 79/A service over the last number of years – with the route withdrawn, or suspended at various times due to vandalism.

Cllr Doolan said: “I have received reports that a robbed car crashed into the bus. This is an attack on the whole community.

The whole community suffers because of the actions of a few people. The old, vulnerable and parents with children are forced to walk or abandon their journeys when this happens.

“Friday’s action put the lives of Dublin Bus staff and passengers at risk. Those involved should stop and think about their actions. How dare they force their neighbours to go without their bus service.”

At the end of August, Dublin Bus was forced to temporarily suspend the service for up to an hour due to youths throwing rocks at the bus.

In 2013, Dublin Bus made a public appeal amid fears the service could be disbanded.

Trade union agreements withdraw the service for one hour after an incident is reported.

If a second incident is reported on the same day, the service is withdrawn for the night.

Dublin Bus apologised to customers for any inconvenience caused by the latest incident and encourages people to get updates on their social media accounts for real-time information.