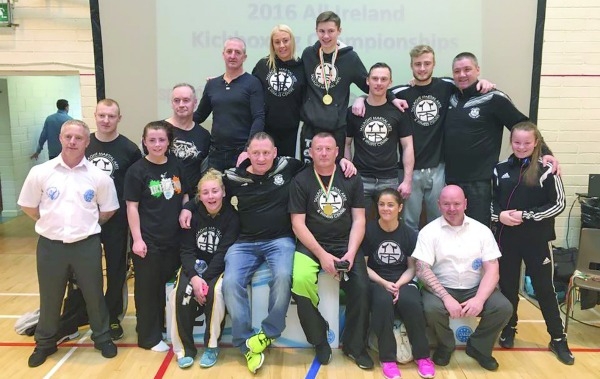 Tallaght hauling in titles from all quarters

IT HAS been a busy period with various tournaments for Tallaght Martial Arts fighters over the last two weeks.

In the Austria Classic in Innsbruck, Shauna Bannon lost out by solitary point in the final of the -65kg Points Fighting section and recorded at third place finish in -60kg.

A small squad of TMA fighters were in action in the Semi Tec tournament in Northern Ireland.

In the Best of the Best Tournament in Roadstone Nathan Clarke, competing in the Under 8 Years Points Fighting section, fought his way to the final where he narrowly lost out.

More recently, TMA was well represented in the second round of Kickbox-ing Ireland National Senior Eliminations in which divisional winners earned the right to represent Ireland in the European Championship in Greece this November.

Shauna Bannon won her eighth National Senior title in the -60kg Points Fighting section while Keri Browne went all the way to the -65kg honour.

Dave Heffernan retained the +94kg Veteran honour but Stephen Jones could not defend the -94kg Points Fighting prize after breaking his nose in the semi finals when he was eight points clear.

Nicole Bannon narrowly lost out in the +70kg title fight as did Brosna O’ Donovan in the -50 kg section.

In the beginners field Chris Williamson won the -80kg Points Fighting section while Dave Harris overcame his clubmate Jonathan Touhey in the -80kg Intermediate decider after which he took the -75kg light contact honour.