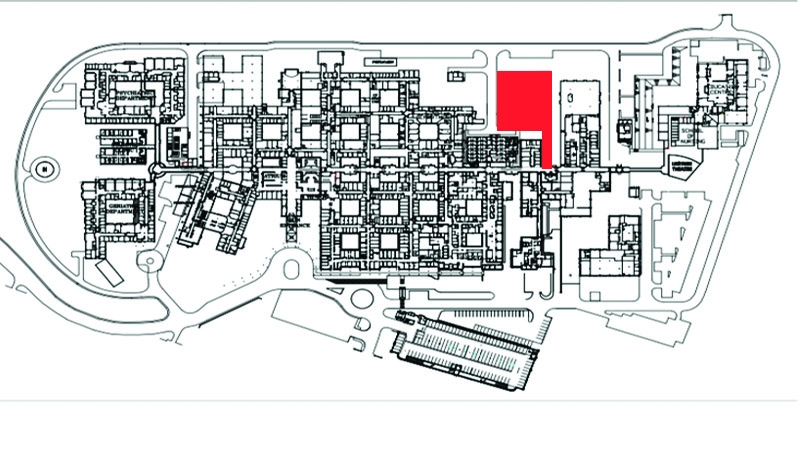 TOP of Tallaght Hospital’s wish list for 2017 are additional beds, with the CEO currently building a case for a new 72-bed, five-storey unit on campus.

This week, CEO David Slevin spoke to The Echo about plans to increase the bed capacity at the local facility – which needs the community’s support in making the development a reality.

Tallaght Hospital has the biggest emergency department in the country when you combine paediatrics and adult, with A&E attendances jumping from 40,242 in 2011 to 45,236 in 2015 – an increase of 12 per cent.

This year, however, the HSE increased the budget to €191m, an additional investment of €14m, which, while still below par when it comes to the demand on Tallaght Hospital, has allowed the local health facility to invest in staff and a number of capital developments.

Speaking with The Echo this week, Tallaght Hospital CEO David Slevin said that 120 full-time nurses have recently been employed, with the nursing staff numbers now at 1,033 – with 11 new consultants also employed in the past two years.

Planning permission was also granted for a new renal unit development which, having secured €11m in funding from the HSE, is due to be complete in 2018, while funding was secured to develop the Intensive Care Unit by a further 12 beds within the next two years.

Mr Slevin told The Echo: “Tallaght is the biggest ED in the country and it’s getting busier at a pace no other hospital is experiencing.

“We are seeing more patients despite a relatively static funding base . . . and it’s not just a volume issue, there is a changing mix of patients – the number of patients with a lot more life-threatening illnesses has increased quite significantly.

“The capacity is not there for our older residents, and those who cannot be cared for in the private sector, end up in the public sector.”

Currently, there are also, on average, 40 people at any one time who cannot be discharged from the hospital due to a lack of step-down facilities.

“We are trying to future proof the hospital . . . and I think that we have a very strong case for additional bed investment,” Mr Slevin said.

“There hasn’t been an investment in beds in Tallaght Hospital since it opened, which wouldn’t be the norm. Our priority for 2017 is additional beds.”

The hospital has identified a green field site on campus which could house a five-storey, 72-bed, single room, adult, in-patient unit.

The 72 beds, 24 of which will be transferring from the ambulatory unit, will be laid out across three floors, with the remaining two floors left vacant for future fit-out.

All rooms will also be isolation units, a feature which will support the hospital when dealing with outbreaks that include the winter vomiting bug or CRE.

Mr Slevin said: “These additional beds would provide appropriate accommodation for patients, who could be moved through the system in a more timely fashion

“It would also allow us to get better with our trolley numbers, alongside helping us to deal with [the demand and changing demographic] that we know will be coming through our doors in a few years.

“We will be having an open day in the New Year and explaining the proposal to the community, which owns the hospital.

“We need additional beds at Tallaght and we want the whole community to advocate for these beds.

“All stakeholders will have a role in this. We are building the case for beds, but need the community to help us put forward the argument that additional beds are needed in our local hospital more than any other hospital.”