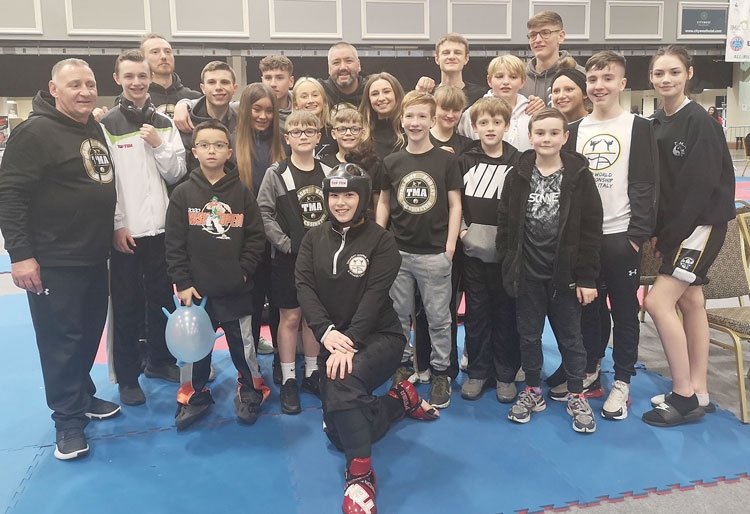 Tallaght MA among the big players in Irish Open

Jodie Browne enjoyed a tremendous outing in which she picked up three gold in Junior -65kg light contact and Junior -65kg and -70kg Point Fighting while Nathan Clarke, stepping up in age to compete in the Older Cadet Category (age 13-15), won silver in -37kg.

Lily Delaney did likewise and finished third in Older Cadet -32kg before Nathan Kelly fought his way to the final of Older Cadet -52kg, which was then showcased on the Irish Open Gala Night show to be broadcast on both Olympic TV and Eir Sports soon.

Eryn Birkhead scooped bronze in Older Cadet -42kg after which Bobby Smith came away with a silver.

There was more success for the club in Juniors, Seniors and Veterans Point Fighting and Full Contact divisions on Saturday.

Her brother Leo Golding went third on the podium in the Boys Younger Cadet -47kg field followed by Cían Jones in the Peewee Boys -24kg class.

Anna won bronze in the Younger Cadet -37kg division while Louis McGlinchey and Sarah Cassidy picked up the same colour in the Older Cadet -69kg and -32kg divisions respectively.

Next up for the club will be the second round of Senior and Junior National Championships in Newry on March 28 and 29.