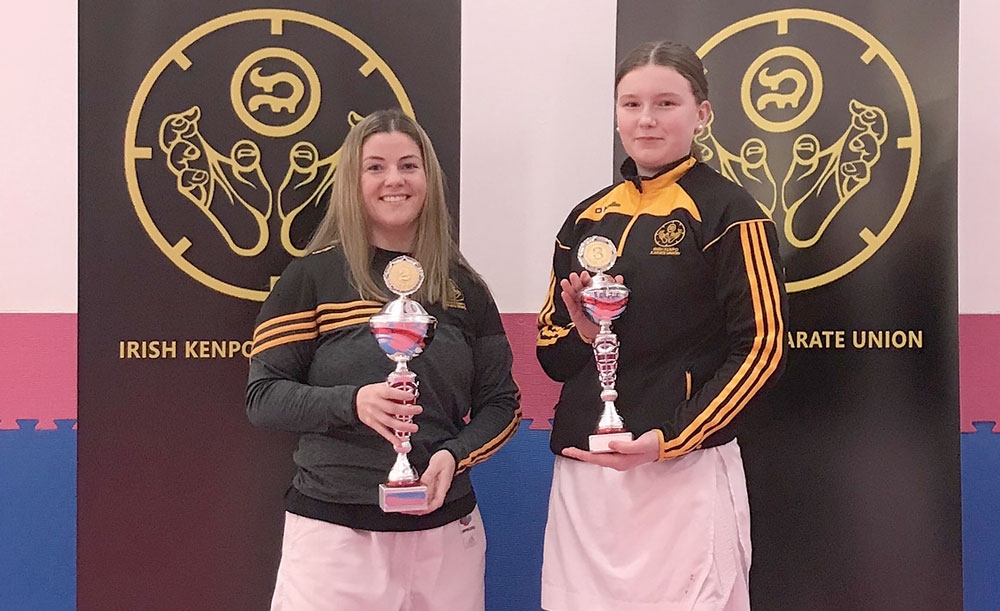 CARADH O’Donovan earned a timely boost ahead of next month’s European Senior Karate Championships after she won silver in the Ishoj International Karate Cup in Denmark.

Following a lengthy spell out through injury, the 35-year-old competitor who previously lived in Clondalkin before moving to Terenure, was unable to make the weight for her normal -61kg division and, instead had to compete at -68kg, narrowly missing out on top spot on the podium while her clubmate Ava Clare from Tallaght also finished among the medals.

After carding impressive wins over Persia Hansen from Norway and Scotland’s Jenna McDonald in the quarter and semi finals respectively, O’Donovan came up against Viktoria Kraljevic from Sweden in the decider.

The bout ended in a scoreless draw, meaning it was left to the judges to determine a winner, with Kraljevic taking it on a split decision.

“I’m disappointed to have missed out on the gold medal, but I’m very happy with my performance” said O’Donovan, who won bronze at this very event last year.

“I’ve been selected for the Europeans in a few weeks time, so this was a great test to see where I’m at” said the Irish Kenpo Karate Union competitor.

O’Donovan is gearing up to line out in the -61kg at the Europeans in Baku on March 25, hoping to improve on her last two appear-ances at this stage which resulted in a first-round exit through injury and second round defeat.

She saw her 13-year-old clubmate Ava Clare from Kiltipper also medal at the Ishoj International.

Contesting the Under 14 +55kg category, the Tallaght girl delivered some excellent performances with wins against Mariell Midtbo of Norway and Germany’s Aicha Si Mahidine propelling her to the semi finals.

There she came undone by a single point against the eventual overall champion Victoria Sindby from Denmark, but bounced back with a 1-0 win in the bronze medal fight-off against Ida Ammedndrup of the host nation.