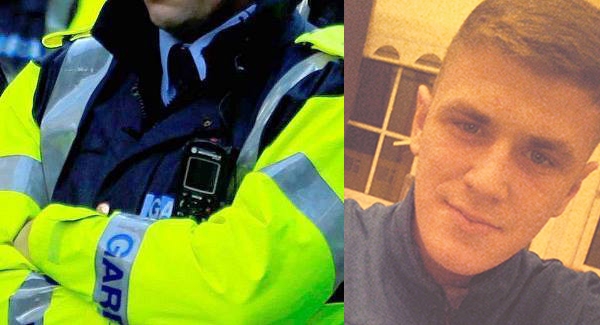 AN APPRENTICE carpenter has been granted bail after being charged over a fatal one-punch assault in Tallaght, Dublin.

Mr O’Reilly, from Kiltipper, Dublin 24, was discovered on the Old Blessington Road, Tallaght at about 3am on November 1 with serious head injuries.

He was rushed to Tallaght Hospital, then moved to Beaumont Hospital, but died on Monday.

A post mortem examination was carried out and the investigation was upgraded.

He is charged with assault causing harm to Mr O’Reilly at the Old Blessington Road.

He made no reply to the charge after caution, Garda David Morris told the court.

Dressed in grey hooded jacket and blue jeans, he did not address the court during proceedings and has not yet entered a plea.

Garda Morris objected to bail, citing the seriousness of the case and fears of witness intimidation.

He said directions from the Director of Public Prosecutions (DPP) needed to be obtained.

The assault charge carries a five-year sentence however, the garda said a more serious charge could be brought at a later stage.

He said it was alleged Luke O’Reilly had just left the Metro pub after he had been socialising with friends for Halloween night.

He was walking along Old Blessington Road with friends when a male approached him from behind, Garda Morris alleged.

Garda Morris said the man “proceeded to punch him to the side of the head, unawares to him, he did not know what was coming”.

He alleged that Luke O’Reilly fell to the concrete footpath and he hit his head off the ground. He was attended to by his friends immediately but the accused left the scene.

He was taken to Tallaght Hospital but his condition became more serious and he was transferred to the intensive care unit at Beaumont Hospital and passed away there on Monday as a result of his injuries, the court was told.

Garda Morris said an extensive file was being prepared for the DPP and gardai are awaiting medical exhibits.

Garda Morris said the accused was caught red-handed, there were witnesses and CCTV evidence, and it was expected a further, more serious charge will be brought.

He also said that when detained the accused made full admissions.

He feared the man would interfere with witnesses who live in the area, the garda told the court.

He agreed with defence solicitor Padraig O’Donovan that his client gave himself up and presented himself to gardai and that he had no history of violence.

He also accepted “that during interview he said he had a good bit of drink taken that night”.

The Garda agreed that Jack Hall Ellis had indicated he had 10 double shots of Captain Morgan.

Visibly upset family members of both the accused and the deceased watched the proceeding from the public gallery.

The Garda accepted that that there was one punch. Mr O’Donovan said it was tragic for the families.

Bail conditions had been canvassed with the Garda and €1,000 cash bail could be lodged, the solicitor said.

Judge Halpin said the facts of the case were tragic but he was persuaded to grant bail.

He ordered the accused to abide by the bail terms proposed by Mr O’Donovan.

He said he was adjourning the case until mid-January for the DPP’s directions to be obtained.

He told the accused that he had to reside with an uncle in Ratoath, Co. Meath and sign on twice weekly at Ashbourne Garda station and stay out of Tallaght except for meetings with his lawyer or family occasions once he gives notice to gardai.

The judge also directed him to be of sober habits, to abide by a 12pm to 7am curfew and be available when gardai call to his current address.

He was also warned that he must not interfere with witnesses directly or indirectly.