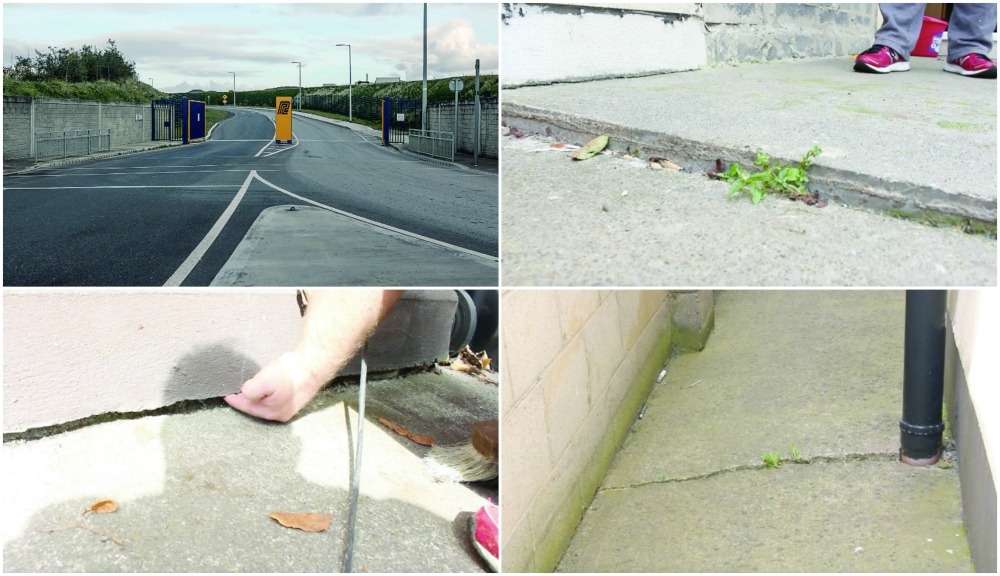 A NUMBER of residents living close to Roadstone’s Belgard quarry have claimed that constant blasting is damaging their homes, sinking their driveways and creating dust clouds – a situation which local people fear will get worse as the quarry continues to eat through the rock.

Owned by CRH, a global building materials giant which in May came out tops on Ireland’s Top 1,000 companies list, the Roadstone quarry has been a feature on the local landscape for a number of decades.

However, residents are fearful that the changing environment around the quarry, which in recent years includes the development of housing estates and the opening of new roads, increases the risks posed by the “constant vibrations” emitted from the blasting.

Belgard Green resident Martin Kinsella told The Echo: “We hear the siren just before the blast and then the vibrations come.

“The vibrations are unsettling everything, they even disconnected my drains.

“The blasting is damaging homes and it’s getting closer and closer, and I’m in constant fear that the damage is going to get worse and that the gable wall will fall.”

He added: “I’m not looking for anything off Roadstone, I just want them to monitor the situation and not be given the go-ahead for any more work.”

The Echo visited Belgard Green and spoke with another resident who said that local people have had concerns in the past with “constant shaking” and dust levels and communicated this to Roadstone over the years – which resulted in the company doing regular road sweeps for dust.

However, the resident claimed to The Echo that in recent years the situation has gotten worse.

Residents are now raising the issue again based on a planning application lodged by Roadstone in August to retain operations at its Belgard quarry.

Further information on the application, which seeks to retain 45 different service operations, was earlier this month requested by South Dublin County Council.

Cllr Richardson told The Echo: “I’ve spoken with residents who are very concerned over the damage to their houses, which they believe is down to Roadstone.

“The ongoing dust level and structural problems are the main issues, and we will have to investigate if Roadstone is the cause.

“There is also high asthma levels in the area and we will need to see if there is a connection between the dust and asthma levels.”

He added: “I used to live in Belgard and in fairness there always was a good relationship between Roadstone and residents, and it’s important for people to know that the planning application lodged is not to develop the site, it is to retain existing operations.

However, I believe that a public meeting is called for and will be arranging one for the coming weeks.”

Tallaght South Anti-Austerity Alliance councillor Brian Leech also told The Echo that residents in Fettercairn are also complaining about the dust, which he believes could be caused by new roads opening up the area.

He pointed out that the surrounding area has changed a lot since Roadstone first opened, with houses getting nearer, and that the impact on the public should be examined.

When contacted by The Echo, a spokesperson for Roadstone said: “Roadstone’s current planning applications aim to achieve full compliance for this site in accordance with updated European and Irish planning legislation.

“The company is committed to securing the appropriate planning at the earliest opportunity which will allow for the managed and planned development of operations at Belgard into the coming decades.”

He added: “Blasting which occurs at Belgard Quarry is strictly monitored and carried out in accordance with the quarrying conditions issued by South Dublin County Council.

“Roadstone has a strong connection with the local community in Fortunestown and Fettercairn and is conscious at all times of its obligation to be a good neighbour.”