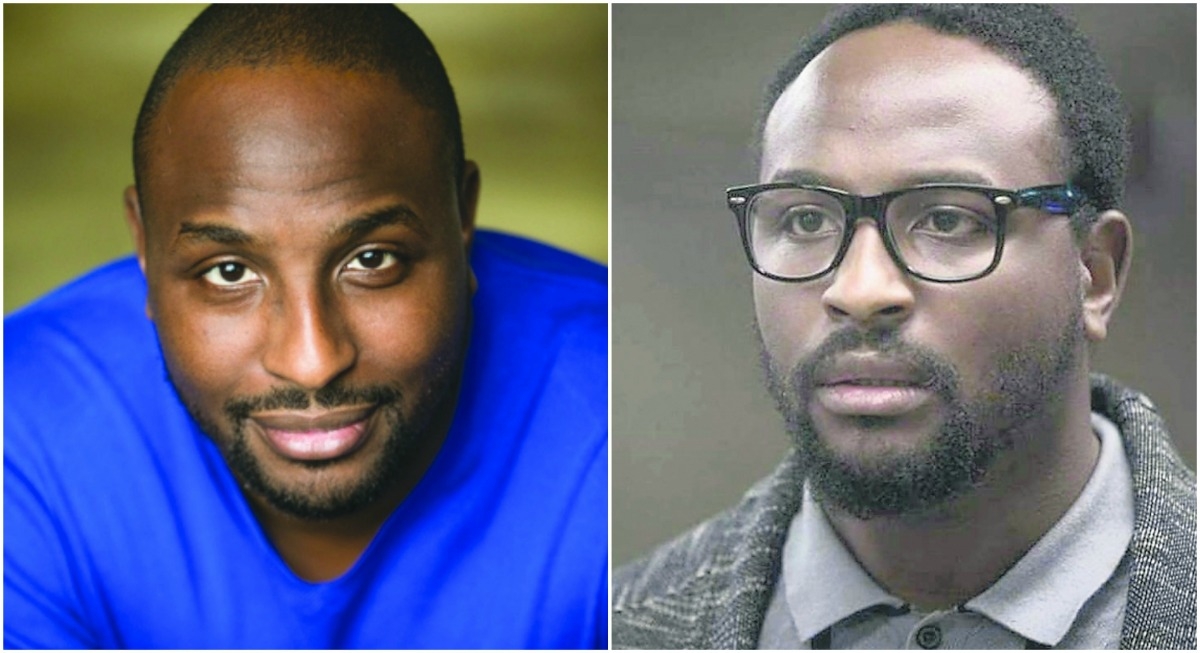 GROWING up in Rossfield in Tallaght, Michael Yare played football for Shamrock Rovers and studied computer science in UCD before realising acting was his calling.

He’s had parts in Game of Thrones, Fair City and the American sci-fi film Morgan. Now based in London, Michael took some time out to speak to The Echo about how he approaches acting, what his dream role is and what it was like to star in Game of Thrones.

You studied computer science in UCD and you also have a masters degree in business management – when did you realise acting was the career you wanted to pursue?

As a kid growing up I was involved in the usual activities like football and athletics, but one memory stood out in particular. I was working as an activities co-coordinator, I might have been 16 or 17 at the time, in my old primary school, St Michael’s in St Michael’s estate in Inchicore as part of a summer project.

At the end of the project, I remember gathering a couple of the kids and we performed Will Smith’s ‘The Wild Wild West’, with me of course in the Will Smith role. From that moment, the seed was planted and slowly began to germinate.

Was there a particular moment you began to notice you were heading in the direction of becoming an actor?

It wasn’t until I got to UCD that this germination period became a bit of an obsession, in the nicest possible way. Every year, they produced this wonderful fashion show which raised money for some notable and worthwhile causes.

The fashion show involved modelling and dancing which was performed to over 5,000 people in the RDS. It was an incredible experience for me, in the sense that it gave me a great platform to explore the various avenues of entertainment.

From there, I enrolled in the National Performing Arts School in Dublin to see if it was something I wanted to pursue, which was the best decision I ever made.

Have your IT skills everunexpectedly been useful on set?

Yes, in Morgan, directed by the wonderful Luke Scott and produced by Ridley Scott. My computer science background was a wonderful base in creating the character of Ted.

In general, it’s really assisted me in taking a more methodical and logical approach when it comes to creating characters. I know other actors have their views on how they see acting, but for me personally, there’s a lovely science to it in the sense of being able to take a character with all of their complexities, nuances and motivations as a problem to be solved, with the solution being what you show to the audiences in terms of the choices you make.

You’ve acted in films, theatre, TV series and soaps – do you have a favourite type of production to work on? Why?

No, not at all. They’re all wonderful mediums that I enjoy portraying characters on. The key is as long as the script is good and it’s someone you want to work with, then it shouldn’t matter.

Given the precarious nature of our business, it’s really important to be open to all forms of creativity to ensure longevity.

You played social worker Felix Jones in Fair City, what was that experience like?

I’d a great time on the show and met some wonderful people, who I consider friends for life. It’s like a machine in the sense you churn out at least three episodes a week. The experience from that was invaluable as it offered a solid base to grow as a performer.

You also had a role in season five of Game of Thrones, how did it feel to be a part of such a major and intense production?

Getting an opportunity to work on one of the biggest TV shows on the planet was a godsend. Add to that, getting the chance to work with Peter Dinklage.

Personally, I feel he’s one of the best working actors out there at the moment. The type of person I am, I’m like an artistic sponge looking to absorb as much knowledge and advice as possible, in order to grow as an actor.

In between takes, Peter always found time to discuss the various aspects of the business with me and I’ll be forever grateful to him for that.

Do you have any specific methods that you use to help you get into character before a performance?

Research is a big one for me. It’s a lot easier now than it was say 20 or 30 odd years ago, with the introduction of the internet. No matter how big or small a role is, it’s imperative that you understand every nook and cranny of the character. You do yourself and ultimately the audience a disservice if you don’t.

What would be your dream role and why?

I always find something really loose about the question of a “dream” role. I’d say all the roles I’ve done thus far in my career have been dream roles.

Look, I get to do something I’m incredibly passionate about. Now, is there a role out there I’d like to do? Absolutely, but I wouldn’t consider it a dream role.

Edmund in King Lear by William Shakespeare. He staunchly believed that if you want something enough, you can have it as long as you have the ability and belief to take it.

You used to play for Shamrock Rovers – do you get to play football much now?

Gosh, you’ve done your research. When I’m not working, I tend to play five-a-side during the week and 11-a-side on the weekends with some friends of mine in London. Currently, I’m nursing a groin injury but should be back early in the New Year.

Lastly, is there any one piece of advice you wish some had given you when you first started acting?

Versatility, adaptability and passion is key. Don’t restrict yourself to one medium, be open to performing in theatre, film, TV etc. Some people get into this business for the wrong reasons and it’s important you do it for the right ones.

Always take the time to get to know all the crew working on any production you do. These wonderful people are responsible for giving you a stable platform in order to succeed. And finally, be nice! There’s nothing worse than an artist that’s difficult to work with.