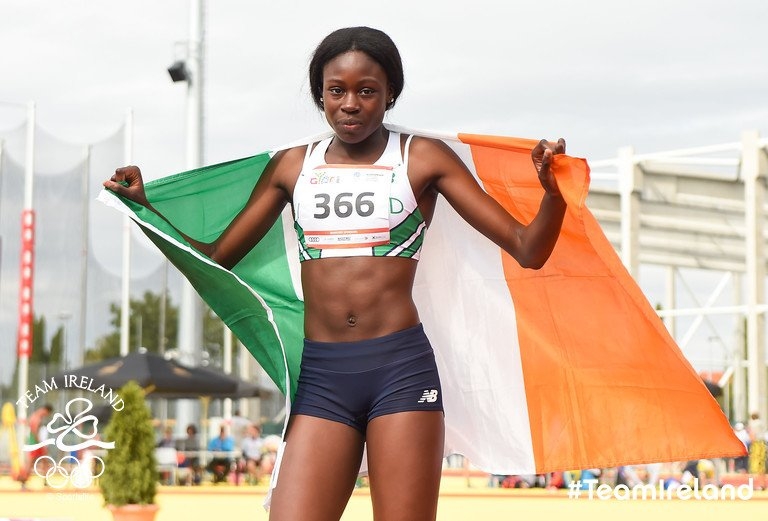 It has been an afternoon to remember for Tallaght’s Rhasidat Adeleke as she claimed a silver medal at the European Youth Olympic Festival in Gyor Hungary.

Having qualified for the final yesterday with a brilliant run in the U17 200m sprint, the Tallaght Athletic Club sprinter from Marlfield clinched second place with a personal best time of 23:81.

Silver for Rhasidat Adeleke in the final of the U17 Women's 200m at #EYOF! #eyofgyor2017 pic.twitter.com/5abVoHFyPc

Adeleke has been having a remarkable year on the national front at U16 level, and came into the European Youth Olympic Festival in great form after claiming the U16 100m crown at the National Juvenille Championships in Tullamore with a time of 11.98.

It has already been a year to remember for the young Tallaght runner, claiming four Championship sprint doubles at the Dublin Championships and the All-Ireland Schools Championships among others.

Consistently setting new personal bests across sprint distances has also been a common occurrence, and here is hoping Rhasidat can keep up the great work.

Congratulations to Rhasidat from everyone at the Echo Newspaper and Echo.ie.