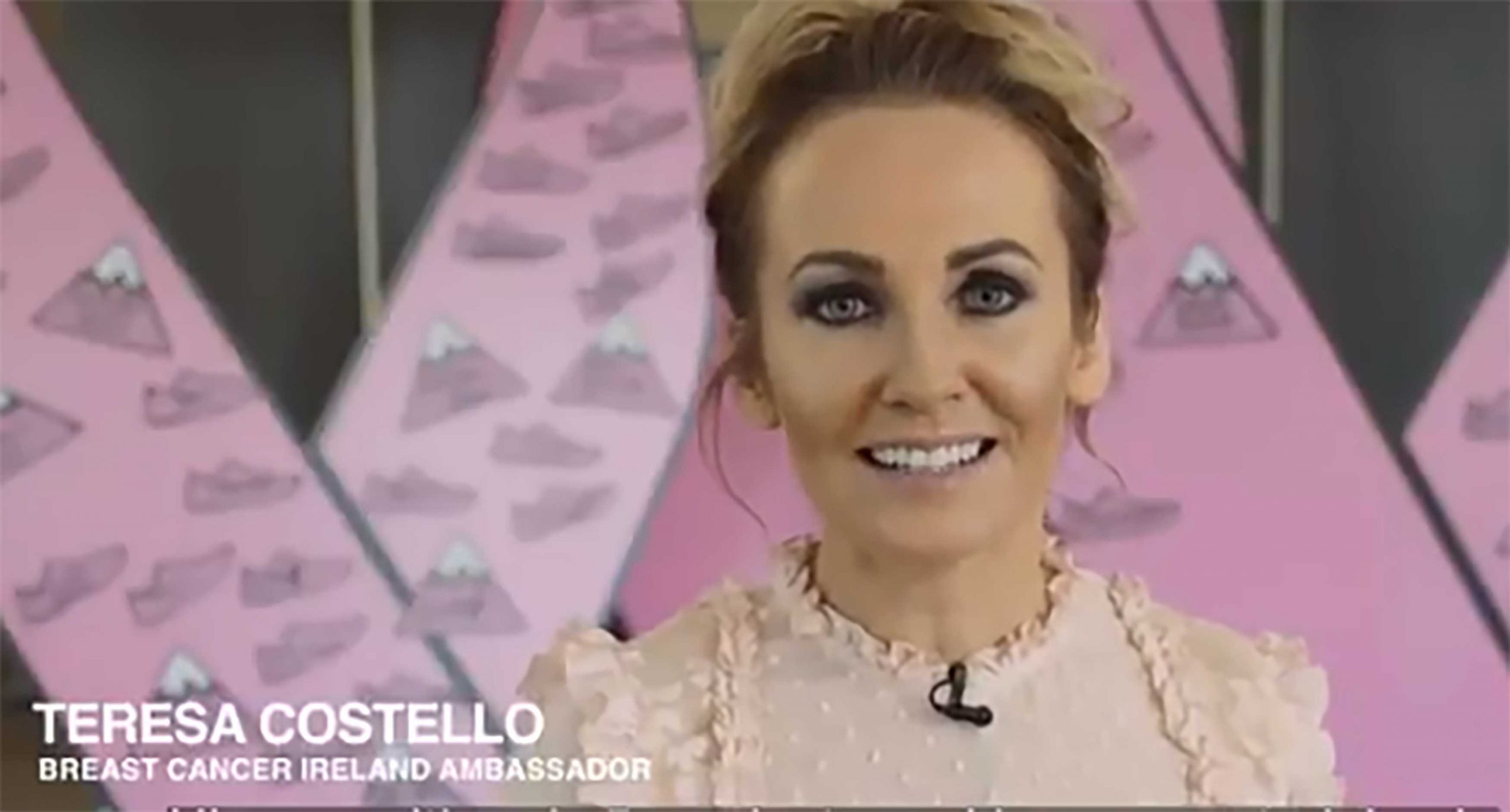 In other words, to educate themselves on how to check their breasts regularly and properly.

Teresa, originally from Aylesbury but now living in Blessington, was diagnosed with breast cancer four years ago at the age of 36.

Being 36, a lifelong gym-goer and with no family history of cancer, Teresa said she found her diagnosis to be a ‘complete shock’ due to her ignorance on the subject.

The mother-of-one went to her GP, who told her that because she was young he didn’t think the lump was too grave but referred her to St James’ Hospital nevertheless.

Teresa recalled: “The consultant asked me to raise my arms over my head and my breast was so indented, he could tell right away it was cancer.

“He told me that he was rarely wrong and that I needed to be braced for bad news. I had three tumours in my right breast by the time I went to St James’.”

That day, she was sent for a mammogram, a biopsy and an ultrasound. She said the process was ‘surreal’: “With every step, I knew it was bad news.

“I didn’t tell anyone that weekend before my official diagnosis. It’s a shocker when you’re that uneducated.”

On September 13th, the day after her son’s sixth birthday, Teresa began chemotherapy, a process she found incredibly daunting.

She said: “Again, I only knew what I saw in the movies. I had a vision of me receiving my first injection and instantly shrivelling up.”

She said that a meeting with a friend who had recovered from leukaemia helped her understand the process, and she began educating herself on cancer and cancer treatment from scratch.

October is #BreastCancerAwareness month. Our Tallaght Leader @tcos1804 is a breast cancer survivor and an ambassador for @BreastCancerIre pic.twitter.com/FEvh3QkPIs

Four months later, in December 2013, Teresa completed her chemotherapy. Soon after that, she underwent a mastectomy of her right breast, reconstruction surgery and radiation therapy.

Teresa is now an ambassador for Breast Cancer Ireland and blogs under the Breast Friends site, which offers advice to women who have received their diagnosis.

She said while a breast cancer diagnosis can result in death, she is adamant that women remain positive throughout their treatment and not be afraid of losing their femininity.

She explained: “When I began chemotherapy, I had no hair, no lashes. I was really vulnerable. I want girls to know that they will come out stronger from this.

“I was still able to go to the gym or meet with friends. With the advancements in medication, you can still live a relatively normal life.”

Teresa said during her participation in Breast Cancer Ireland workshops for transition year students, she noticed that there was a taboo around doing breast checks.

She said: “One in nine women will develop breast cancer in the course of their lifetime. It’s important for you to know your normal and check regularly. You’ll be able to catch abnormality.

“Finding a lump isn’t the first sign of cancer – you can find dimpling and indentations in your breasts.”

Breast Cancer Ireland has an app that gives a tutorial on how to properly check breasts and sends you a discreet monthly reminder.

Check out more from Teresa on her blog HERE