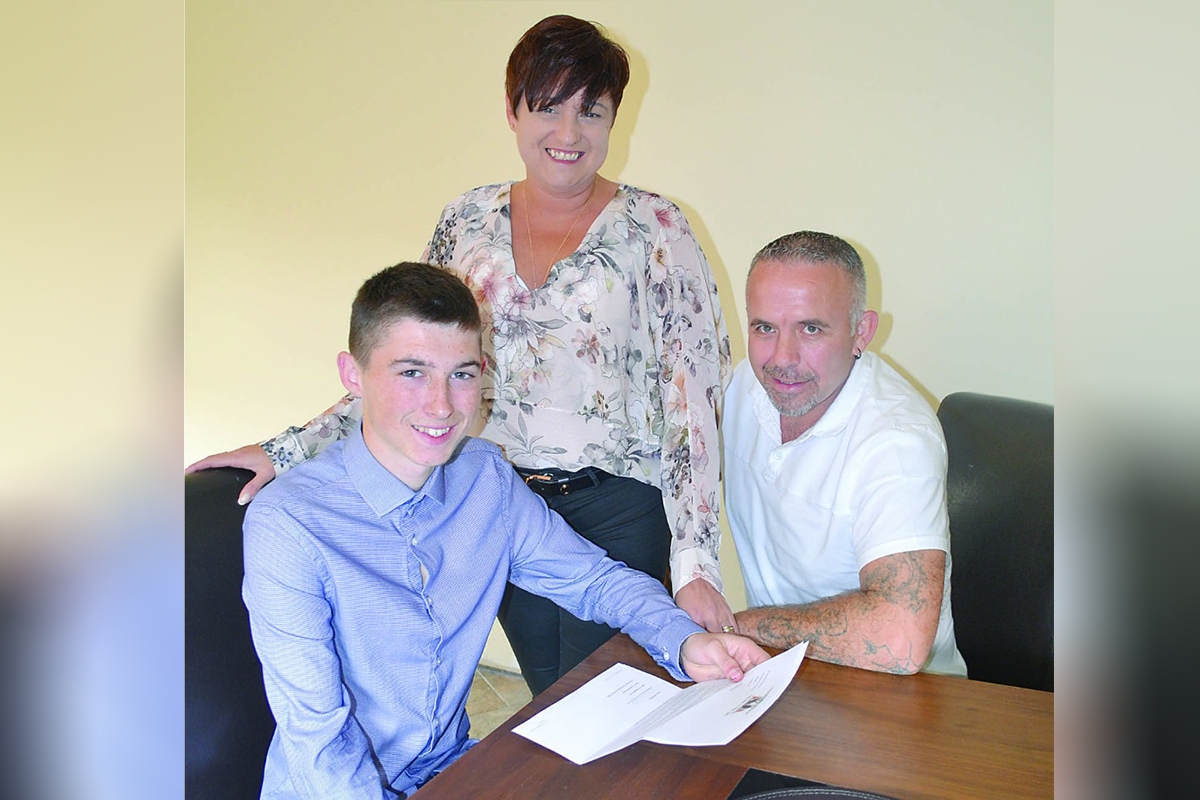 Tallaght teenager to be honoured with bravery award

A TALLAGHT teenager who was stabbed while trying to help a woman who was being violently mugged is being honoured for his bravery at a national awards ceremony later this month.

Glenshane resident Patrick O’ Sullivan (17) was, in November 2015, hailed a hero after the former Mount Seskin Community College student came to the assistance of a woman who was being mugged in Sundale.

As reported on in The Echo at the time, Patrick was visiting his grandparents’ house in Sundale when he heard screaming and turned around to see a man violently mugging a woman.

Patrick rushed to the woman’s aid and got into a struggle with the mugger, during which he received a stab wound that cut an artery in his abdomen and a number of blood vessels, resulting in severe internal bleeding.

Despite his serious injuries, Patrick, who was then only 16, chased the mugger when he fled the scene on a push-bike with the woman’s bag and he also called 999 for the shaken victim, who received serious injuries to one of her hands during the struggle.

After undergoing three hours of intense surgery, and missing nine weeks of school, the local hero went back to his Jobstown-based school and finished sixth class – and sat and passed his Leaving Certificate in June.

This month, Patrick is now being honoured in the Comairle na Mire Taile National Bravery Awards – which are given to people from all walks of life, from across all sections of society, who have saved a human life involving personal risk to them.

Speaking with The Echo this week, Patrick said: “I was surprised when my mam told me about the award first and then I felt proud.

“I’m grand now, I healed up pretty good and I’m pretty much back to normal – I’m just more mindful of my surroundings when I’m out.”

“It was my choice and I think if somebody sees someone else in a horrible situation that they should take responsibility and try and help.”

Patrick and his family have been invited to attend the National Bravery Awards on October 28 in Farmleigh House in the Phoenix Park, during which he will be presented with his bravery award and enjoy a reception celebration.

Patrick’s mam Marie said: “We are really proud of Patrick, it’s nice to see recognition for young people that do good deeds – and these awards highlight these good deeds to other kids.”